The first game of Round 5 of Colombian Apertura is the Envigado vs Deportivo Cali duel, so let’s take a closer look at this match and what we can expect from it.

Our free Envigado vs Deportivo Cali betting picks and predictions

If you need some help to find the best bet for Envigado vs Deportivo Cali, check our favourite betting tips for this duel:

The reigning champions of Torneo Finalizacion have started the new season with three losses before finally getting their first win in the last round against Deportivo Pasto. Meanwhile, Envigado has five points from four games so far.

The guests are simply the better team, despite their early struggles. They have also beaten Envigado in three of their last five head-to-head duels, so our prediction is for Deportivo Cali to win this game.

Three of the previous five h2h duels between Envigado and Deportivo Cali have gone under 2.5 total goals and we expect to see the same in their next match as well.

Although both teams have scored in three of the last five meetings between Envigado and Deportivo Cali, we don’t expect that to be the case on Saturday.

With five points from the first four games, Envigado had a pretty average start of the season, although it’s worth saying that this start is probably in line with the expectations of the team. After all, just one loss in the first four matches is not bad for a team that was 16th in Apertura last season.

The reigning champions of Torneo Finalizacion have had a horrible start of the new season in Apertura. After the first four rounds, Deportivo Cali only has three points. On the bright side, the team broke the three game losing streak with a win over Deportivo Pereira and if they can do well against Envigado, they will have a chance to make up for a bad start.

The best stats, odds, and more for Envigado vs Deportivo Cali

If you are trying to find the highest Envigado vs Deportivo Cali odds, you can take a look at our list of odds from the top UK bookies: 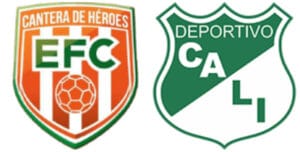