Cerro Largo once again look to spring a surprise or two in the Torneo Intermedio campaign when they go up against Defensor Sporting at the Estadio Jardines del Hipódromo. This will be a preview of the game that kicks off on June 25.

Defensor Sporting picked up a first win of the Torneo Intermedio campaign with a 2-1 success over Cerrito. Cerro Largo were able to manage a 1-0 win over Plaza Colonia thanks to an injury time goal from Villar.

Defensor Sporting will be delighted to have picked up the first win of the Torneo Intermedio campaign. The club will be hoping to push on from the recent win over Cerrito. Even though Cerro Largo are unbeaten in three games coming into the fixture, they have been able to enjoy the run of the green with some late goals in two of the last three matches. Defensor Sporting, though, might be a hard nut to crack at home.

The occurrence of low scoring matches has been very high when Cerro Largo have been involved. The upcoming game will be no different with Defensor Sporting very hard to beat at home. Cerro Largo have come up with late goals in two of the last three games, but they may have to go empty-handed from this match.

Even though Cerro Largo have scored in four consecutive league matches, the team has picked up a late goal in three of those games. Defensor Sporting are looking for a clean sheet for the first time since the 3-0 win over Albion in May. However, home game would be the best remedy for the same.

Defensor Sporting are unbeaten in the last four quarters against Cerro Largo, but the last two meetings between the two clubs has finished as a goalless draw. There is a lot of pressure on the home team for getting three points in the game.

Cerro Largo came into the match as the underdogs and rightly so. The team has been unbeaten in the last three games, but they have had a difficult run during this period with only late goals helping them get some pride. Jorge Benguche will be unavailable after picking up a knock.

Detailed Stats and Numbers for Defensor Sporting vs Cerro Largo Who is the favourite team to win the game? Defensor Sporting 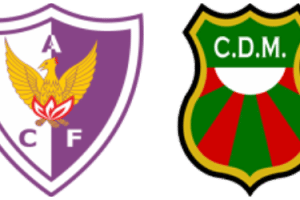