Perhaps one of the closest matchups in the upcoming Serie A round is the Cuiaba vs RB Bragantino duel. With that in mind, we have prepared a preview of this game for you and some free betting tips as well.

Our latest betting predictions for Cuiaba vs RB Bragantino

If you are struggling to choose the right bet for the Cuiaba vs RB Bragantino duel, check our top betting tips for this game:

Although RB Bragantino had an unconvincing start of the season in Serie A, they are still ahead of Cuiaba in the standings at the moment by two points.

In fact, RB Bragantino also failed to get out of their group in Copa Libertadores, so they are clearly struggling right now. But they are a good team and we expect to see their resurgence soon, so we wouldn’t be surprised if that started with a win in this game.

Cuiaba and RB Bragantino to Draw at Half Time

Yes, we can see RB Bragantino winning this game, but we don’t expect them to have an easy job. On the contrary, we expect a close game that will likely be decided by one goal.

With that in mind, we can see Cuiaba and Bragantino drawing at half time. After all, Cuiaba drew at half time in three of their five home games this season, so seeing that once again would hardly be surprising.

Both teams have scored in three of the last five head-to-head duels between Cuiaba and RB Bragantino, so we expect the same thing from their upcoming match as well.

In addition to this, both teams scored in 50% of all Cuiaba games in the league this season, while the same is true for 40% of all RB Bragantino matches in Serie A so far.

After they lost four of their previous five games, Cuiaba finally broke that poor streak with a win over Corinthians in the last round, the league leaders at the time. This can be a good sign for the team going forward, but right now Cuiaba is still in the relegation zone with 11 points from 10 games. On the bright side, Cuiaba has no injuries to worry about, although they will be without Valvidia who is suspended for this game.

The season so far has been a disappointment for Bragantino fans since their team ended up in the last place in their Copa Libertadores group, so they won’t be playing any continental football this season anymore. Meanwhile, the team is also struggling a bit in Serie A with 13 points from 10 games, which puts them in the lower half of the standings. Also, Martinez and Carlos Eduardo will miss this game with injuries.

The best odds and key figures for Cuiaba vs RB Bragantino

You don’t have to waste a lot of time looking for the top Cuiaba vs RB Bragantino odds – you can check them all out right here:

The usual questions for Cuiaba vs RB Bragantino 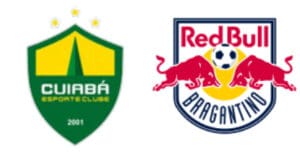