Probably one of the closest duels in the upcoming round of Serie A is the Cuiaba vs Fortaleza matchup, so let’s take a better look at this game and what can happen in it.

Our free Cuiaba vs Fortaleza betting predictions and tips

If you are unsure how to find the right bet for Cuiaba vs Fortaleza, take a look at our top betting tips for this duel right here:

Cuiaba and Fortaleza to Draw

With that in mind, and considering the fact that Fortaleza has been doing better lately and the fact that they are the better team on paper, we can see this match ending in a draw. After all, these two teams drew in three of their last five meetings.

Cuiaba and Fortaleza to Draw at Half Time

Since we expect this match to end in a draw, we also expect Cuiaba and Fortaleza to draw at half time, as is often the case for the matches that end in draws.

Furthermore, Cuiaba and Fortaleza drew at half time in three of their previous five h2h meetings, so expect to see more of the same in their upcoming duel.

The last four head-to-head duels between Cuiaba and Fortaleza have gone under 2.5 total goals and we can see that being the case again on Sunday.

With 20 points from 19 games, Cuiaba is currently in the relegation zone. On the bright side, they are just one point behind a few teams outside of it, so it’s still way to early to panic. In the last six games in Serie A, Cuiaba has two wins, one draw, and three losses. Another positive for the team is the fact that only Uendel is injured right now.

It’s been a tough season so far for Fortaleza, at least in Serie A. After all, the team did reach the Top 16 phase of Copa Libertadores and they are still active in Copa do Brasil, where they are playing in quarter-finals. However, Fortaleza is currently in the last place in Serie A with just 15 points from 19 games and six points behind the first team outside of the relegation zone.

The best odds and key stats for Cuiaba vs Fortaleza

If you are looking for the top odds for the Cuiaba vs Fortaleza duel, check our selection of odds from various betting websites:

The most common questions for Cuiaba vs Fortaleza 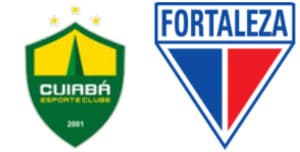