City Torque will be keen to maintain the good start to the Torneo Intermedio when they take on Rentistas at the Estadio Centenario in the midweek action.

Rentistas do not have a great record when they travel away from home and they have ended up four of the last five games with defeats. City Torque do not usually use a lot of games at home but they have been struggling for wins in many matches. The win over Penarol will act as a motivation and confidence boost for the team.

City Torque have struggled to keep clean sheets with the team only managing one clean sheet in the last five. Even though Rentistas were unable to score in the recent Apertura visit to the Estadio Centenario, both teams are likely to score in this game.

City Torque will be quite happy to have started the Torneo Intermedio with a win. After having struggled in the Apertura campaign that saw the team finish in the bottom half of the table, the win over Penarol, who finished just two points away from second place, will be a huge boost.

Rentistas manager Leonel Rocco comes into the game looking to maintain a 100% record against City Torque. The 55-year-old has beaten City Torque in both games, but maintaining this record can turn out to be very difficult indeed. The advantage for Rentistas will be the lack of any injury problems.

Detailed Stats and Numbers for City Torque vs Rentistas 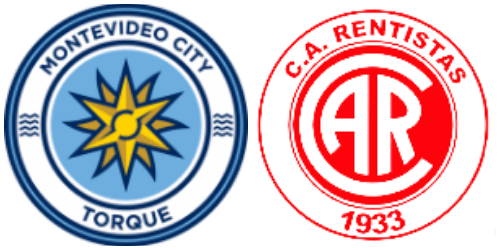 Who is the favourite team to win the game? City Torque