The new edition of Copa Libertadores is upon us and the first game to be played in the new season is the City Torque vs Barcelona duel in the first stage of the qualifiers. So, let’s take a closer look at this match and what we can expect to see.

Our free City Torque vs Barcelona betting tips and predictions

If you need a bit of help to find the best bet for City Torque vs Barcelona, check our top betting picks for this match:

It’s weird to see Barcelona in the first round of qualifiers for Copa Libertadores since they reached the semi-finals of this competition last season, but here we are.

Their rival in the first stage is City Torque from Montevideo, a team that was fourth in Uruguayan league in aggregate standings and a team that played in the group stages of Copa Sudamericana. Barcelona is the better team, so our prediction is for the guests to win the game.

It’s hard to know what to expect here in terms of goals since this will be the first time that these two teams meet. It’s also just the first game of the season for Barcelona, while City Torque only played one game in Uruguayan League so far.

That being said, Barcelona averaged 2.80 goals per game in their domestic league last season, exactly the same as City Torque averaged in Uruguayan league in both stages. So, our prediction is for this game to go over 2.5 total goals.

Since we expect to see at least three goals in this game, we also expect both teams to score in it. After all, it’s supposed to be a close match and both teams have a chance to win it.

In addition to this, the only game played this season by City Torque ended with both teams scoring. Meanwhile, both teams scored in 33% of all Barcelona matches in Copa Libertadores last season, but since this is their first game, we don’t see their defence keeping a clean sheet and they are the better team so we certainly expect them to score.

The latest stats and top odds for City Torque vs Barcelona

If you are looking for the best City Torque vs Barcelona odds, check our list of odds from the top UK bookies: 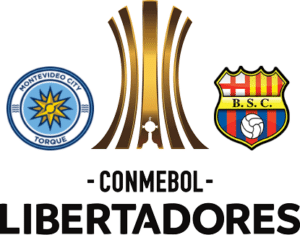