One of the closest matchups in the upcoming round of Copa Libertadores is the Cerro Porteno vs Olimpia duel. So, let’s take a closer look at the game and what we can expect from it.

Our favourite betting predictions for Cerro Porteno vs Olimpia

If you are struggling to decide what is the right bet for the v duel, check our best betting predictions for this match:

All that Cerro Porteno has to do to remain in the second place in the group is do well in the game against Olimpia, i.e. avoid a defeat of two or more goals.

In addition to this, Cerro Porteno still has a chance to finish first in the group as well with a win. With that in mind, we can see the home team getting the three points from this game.

Cerro Porteno and Olimpia to Draw at Half Time

Although we can see Cerro Porteno winning the game, they certainly won’t have an easy game against Olimpia, so we expect the match to be tied at half time.

After all, the first duel between Cerro Porteno and Olimpia was also a draw at half time, so we won’t be surprised to see the same in the last round of Copa Libertadores group stages.

We did not see any goals in the first duel between Cerro Porteno and Olimpia in the group this season, so we can see this game going under 2.5 total goals as well.

While Cerro Porteno is not doing badly in their domestic championship, they are already six points behind Libertad in the standings and unlikely to get to the first place in Apertura. Meanwhile, the team is also second in their Copa Libertadores group and they only need one point in the last round against Olimpia to secure that place, but they could even finish first with a win.

The team from Asuncion is currently third in their Copa Libertadores group, which would take them to the Top 16 phase of Copa Sudamericana, but they could even get to the next stage of Copa Libertadores if they can beat Cerro Porteno by two or more goals. However, if they lose, they might even end up last in the group, depending on the result in the other game in this group.

The latest odds, stats, and more for Cerro Porteno vs Olimpia

If you are trying to find the best Cerro Porteno vs Olimpia odds, check our list of odds from a few different UK betting sites: 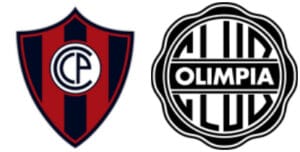