The Sochaux vs Nimes duel in the upcoming Ligue 2 round could be a very interesting one. With that in mind, we have done a preview of this game for you and prepared some of our favourite betting predictions as well.

Our free Sochaux vs Nimes betting tips and picks

If you need some help to find the right bet for Sochaux vs Nimes, check our top betting predictions for this game right here:

Nimes failed to beat Sochaux in their last five h2h duels, while the last three meetings between these two teams were all won by Sochaux. We expect that trend to continue on Saturday, especially since the two teams are in vastly different positions and forms – Sochaux is second in the league and without a loss in the last five matches, while Nimes lost four of their last five matches and they are one point above the relegation zone. So, our prediction is for Sochaux to win this game.

Three of the last five head-to-head duels between Sochaux and Nimes have gone under 2.5 total goals and there’s no reason to expect a different outcome in their next game. After all, Sochaux averaged just 1.5 goals per game so far in the league, which is the worst average in Ligue 1. Meanwhile, Nimes averaged 2.5 goals per game, but that still doesn’t change our expectations for this game.

Both teams have scored in just two of the five most recent meetings between Sochaux and Nimes and we don’t see both teams scoring in this match either. In fact, we don’t expect Nimes to score a goal since Sochaux has been great at defence this season and they’ve kept a clean sheet in 57% of their games. So, if you want to try higher odds, you can bet on Sochaux to keep a clean sheet or even Sochaux to win to nil.

The latest stats and odds for Sochaux vs Nimes

If you want to bet on the top Sochaux vs Nimes odds, we can help you out since we have all the odds from the top UK bookies on our website:

Sochaux vs Nimes preview: Can Nimes surprise us all?

It’s been a good season so far for Sochaux since the team is currently in the third place in the standings and they are looking like a true candidate for promotion at the moment. They are also without a loss in the last seven matches in Ligue 2, in which they recorded four wins and three draws.

With six losses and three draws in the last nine games in the league, Nimes is currently struggling to stay above the relegation zone. This poor run has made them one of the main relegation candidates and they will have to improve on their form significantly if they want to stay in Ligue 2 next season as well. Of course, it’s still early in the season, so the fans can certainly hope that better days are ahead.

Frequent questions for Sochaux vs Nimes 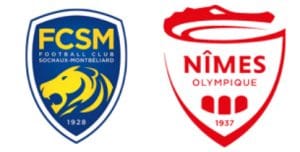