One of the more interesting duels in the final round of the Europa League Qualifiers is the Slavia Prague vs Legia Warsaw matchup, so keep reading for our detailed preview of the match.

If you are struggling to find the right bet for the Slavia Prague vs Legia Warsaw duel, check our favourite tips and predictions for this game:

We’ve already seen many surprises in the qualifications for the European competitions this season, so it’s hard to offer certain tips for any of the games, especially in duels between two teams of similar quality like Slavia and Legia. However, our prediction for this match is for Slavia Prague to win since they do have a better team on paper and they are playing at home.

Both of the teams are used to playing low scoring games, so our next prediction is for the match to go under 2.5 total goals. For example, four of the last five games played by both teams in all competitions have gone under 2.5 total goals, so it’s only logical to expect the same thing to happen in their upcoming duel.

Since we don’t expect to see many goals in this match, we also don’t see both teams scoring a goal in it. After all, both teams have scored in just one of the last five Slavia Prague matches in all competitions, while the same is true for two of the previous five Legia Warsaw games across the board.

With one step left to reaching the Europa League group stages, this should be a very exciting duel. So, let’s take a closer look at both teams and what we can expect from them.

After winning the title in the Czech First League last season with a convincing 12-point advantage over their fierce rivals Sparta Prague, Slavia entered the new season with a lot of confidence. So, it was very surprising and demotivating that the team was eliminated from the Champions League qualifiers by Ferencvarosi, an outsider in that duel. Still, Slavia Prague will now have a chance at a consolation prize, which is the Europa League group stage.

Just like their upcoming opponent, Legia Warsaw was also eliminated from the Champions League Qualifiers. They lost to Dinamo Zagreb 2-1 on aggregate and now they find themselves in a difficult situation of having to eliminate Slavia in order to get into the Europa League group stages. On the bright side, the Polish champions showed glimpses of quality against Dinamo and the fans will hope that the team can learn from that loss.

If you are looking for the best odds for Slavia Prague vs Legia Warsaw, take a look at our selection of odds from the top bookies in the UK: 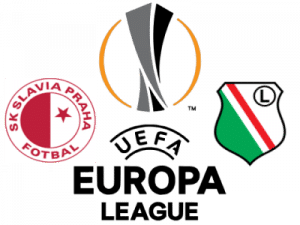