A string of defeats has put Shrewsbury Town under a huge deal of pressure when they take on MK Dons in the League One action this weekend at the Montgomery Waters Meadow.

Ipswich Town were able to get the better of Shrewsbury Town during the weekend thanks to a 2-1 result. This was the third defeat in the last four matches for Shrewsbury. MK Dons are winless in the last two league matches, but they did pick up a 2-1 victory over Wycombe in the EFL Trophy.

MK Dons might be thrilled at the prospect of jumping closer to the top four in the League One table, but Shrewsbury Town should not be taken lightly despite being just one place above the bottom. Shrewsbury have had a decent set of home results with only narrow losses coming in the last few games. In fact, Shrewsbury have lost only once in the last four league matches. Meanwhile, MK Dons have just two wins in the last five away trips.

MK Dons do have the ability to score goals even when on the road. This is displayed by the team getting a staggering 10 goals in the last five away matches in all competitions. MK Dons are the highest scorers in the league so far with 21 goals, but they also concede a lot of goals.

this is a match between two clubs who have struggled for clean sheets throughout the campaign. Just a long ball or counter-attack has been enough to split open the two defences on numerous occasions. Both will end up failing to keep a clean sheet in this game.

The threat of relegation is growing on Shrewsbury who have suffered a defeat in three consecutive league matches. After managing just one win from the last six games, Shrewsbury need home games to go in their favour to move up the table. Steve Cotterill does not have injury problems in his squad.

MK Dons have shot up to 6th place in the league table following a consistent run of results over the last few weeks. If not for the recent results against Fleetwood and Doncaster, MK Dons would be pushing into the top two places. Liam Manning has a fully fit squad coming into the game.

Analysing the Stats for Shrewsbury vs MK Dons 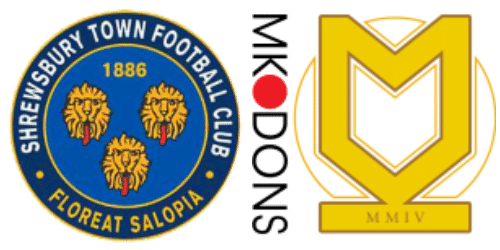