This is a preview of the Sheffield Wednesday vs Shrewsbury fixture scheduled for 18th September 2021. We have also put together the best three picks for this big game in this post.

Our Free Predictions for Sheffield Wednesday vs Shrewsbury

Punditfeed soccer predictions contain no bias and are researched using the latest team stats, data and news. Here are the best three picks for this game:

No: These odds from Betfred were correct at the time of writing this preview.

A perfect home start should motivate the hosts coming to this fixture. They have scored three goals or an average of 1.5 goals in the two home games played this season. Moreover, Sheffield Wednesday hasn’t conceded in the first two home fixtures. A home victory over Shrewsbury, a team that has lost its away fixtures this season without scoring is our pick for this game.

A perfect home record and a perfect defensive record on the home ground are why we think the hosts are likely to score first in this match. Shrewsbury has lost all the first three away matches and failed to score in all of them.

A poor run on the road is a big worry for Shrewsbury as they prepare for this trip. It is especially a difficult game against a team like Sheffield Wednesday that has not conceded a goal at home and boats of two victories in the first two home games.

Our tipsters have prepared a comprehensive match preview to accompany of best three picks for Sheffield Wednesday vs Shrewsbury. Take a look.

Sheffield Wednesday is 12th on the League One table after six games. They have a game in hand as they prepare to host Shrewsbury in a fixture that could mark their third victory in three home games since the start of the new season. The hosts have not conceded a goal at home and found the net three times in the two home fixtures played so far. Moreover, Sheffield Wednesday hopes to bag the first home victory against Shrewsbury. They won the last meeting but at home to Shrewsbury.

Shrewsbury occupies the 21st spot on League One table after seven matches. The visitors have won only one match. The visitors come to this game with a defensive worry having leaked 10 in seven games. They also have a poor record of only three goals scored in as many games. Moreover, the visitors have lost all their first three games on the road this season, a record not to look back on with the fourth away victory at hand. They failed to score in the three away games and leaked four goals on the road. 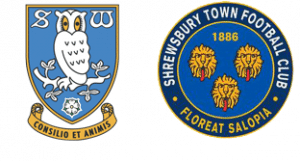 How do these teams compare in H2H?

There have been two encounters since January 2016 and both sides bagged a win.

Where will the match take place?

The venue for this fixture is Hillsborough Stadium in Sheffield, England.