Mjondalen makes the trip to the Sarpsborg Stadion for a fixture that can prove to be a six-point affair come to the end of the season. Both sides are hovering just above the drop zone and this fixture might decide the fate of the relegation battle.

Here are some bias-free tips we have put together for Sarpsborg vs Mjondalen.

Mjondalen secured their only away victory at the start of this season. Since then, they have struggled to get over the line but have registered impressive draws against Brann and Kristiansund. Sarpsborg 08’s away form is similar but they will count on their home form to secure the three points on offer. They are on a two-match unbeaten streak at the Sarpsborg Stadion and have not lost to Mjondalen at home ever.

Four of Sarpsborg’s last five matches have seen three or more goals. For Mjondalen, this statistic reads three in five games. These readings cannot be solely attributed to their personal goal-scoring heroics but also to their failings at the back. As these two sides come face to face, the combination of factors should provide us with plenty of goals. T

Ideally, Lars Bohinen would want his charges to secure a clean sheet at home. They managed this in their 1-0 win over Molde but the tactics for that fixture cannot be repeated against Mjondalen. On the other hand, Vegard Hansen will want his side to get on the scoreboard for the fourth time in five outings. Given Sarpsborg’s defensive frailties and Mjondalen’s continued exploits on the road, we should see the scorers in action across the scoreline equation.

Lars Bohinen would have been pleased with his side’s 2-2 draw with Bodo/Glimt. The fact that they could not claim the three points on offer would sting but the Sarpsborg faithful will take the point taken from the champions. The match showed that they can score against the best defence in the Eliteserien, building up their confidence against fellow strugglers Mjondalen. Young Ibrahima Kone scored against Bodo and more of the same will be expected from him in this league outing.

Vegard Hansen was given the charge of Mjondalen to take them to safety. While there is still time until the end of the campaign, the fact that they are hovering 13th on the points table, the same place they finished last campaign does not add confidence. They continue to concede with far too regularity and their attacking prolificacy has not helped their chances. However, the fact that 10 different players have contributed to their 13-goal tally shows that getting on the scoreboard is not an issue for them.

Looking for the best odds for Sarpsborg vs Mjondalen? We’ve got you covered. Check out our list of odds from the popular bookies and a few important stats to help you make a good prediction.

FAQ about Sarpsborg vs Mjondalen

Sarpsborg are the bookmaker’s favourites at 17/20. 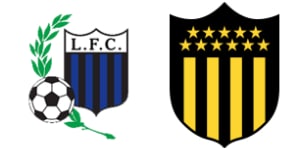 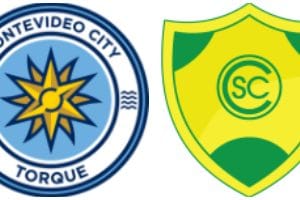