The Tricolor Paulista had a formidable performance, and came close to clinching qualification in the first leg. However, the Chileans cut the lead and remain hopeful of turning the aggregate score around.

The best Picks and Predictions for Sao Paulo vs Universidad Catolica

To set the right bet for Sao Paulo vs Universidad Catolica, read about our predictions and betting tips for free:

The last 2 times La Catolica visited Sao Paulo, both matches ended in draws. However, in the last 2 h2h, the Tricolor Paulista scored 4 goals in each match.

The superior level of the Brazilian team was decisive in the first leg. We expect Sao Paulo to win the second leg as well, maybe not as easily.

The last 2 meetings between the two teams have had 13 goals in total. The Chileans have played 4 games since resuming competitions in June, since when their games have averaged 3.75 goals per game. So it is likely that there will be more than 2 goals in the second leg.

In the last 3 meetings both Sao Paulo and Catolica have scored at least one goal. The Chileans have 5 consecutive games scoring at least 1 goal in each match. We think both teams will score again.

The Tricolor Paulista had a great first leg which was only marred by the 3 red cards they received which forced them to play in the back of their half. As a result, Sao Paulo finished with just 21% possession and half as many shots as their opponents, but with a big advantage on the scoreboard.

Rogerio Ceni’s team is expected to perform similarly in the second leg, if not better. This good momentum carried over to the Brasileirao, where they also played away and defeated Goianiense 1-2, earning 3 points that helped them move up to seventh place.

The team used by Ariel Holdan had no effect against Sao Paolo. From the beginning of the first half it was evident that La Catolica’s defensive fragility was evident, as they made mistakes in defence after feeling under pressure.

The series was defined until a Sao Paulo player was sent off, which opened up space for the Chileans to close the gap. Despite the amount of shots and dominance in the last 30 minutes, the Universidad barely scored a goal, now they will have a tough challenge in Brazil with 2 goals down.

If you want to bet on the top odds for Sao Paulo vs Universidad Catolica, check our selection of odds from the best betting sites: Who is the host? The match will be played at Morumbi Stadium in Sao Paulo, Brasil

Who is the bookmakers’ favorite to win? The more probable winner is Sao Paulo at 1/2 (1.50) odds 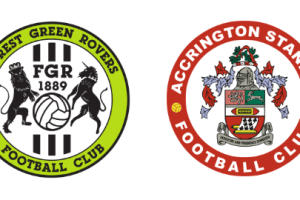