The second round in Group E of Copa Libertadores will feature the first-ever meeting between Sao Paulo and Rentistas. With this in mind, we have prepared a detailed preview of this match, along with a few tips and predictions for betting.

Our selected betting tips for Sao Paulo vs Rentistas

The game between Sao Paulo and Rentistas may seem like it’s already been decided, but there are still many interesting betting options to explore in this match. So, let’s take a closer look at some of our favourite betting tips.

Sao Paulo to Win to Nil

So, we all expect Sao Paulo to win this game, and that’s a reasonable prediction. The question is how will they win it? Our feeling is that they can win without conceding a goal, which happened in their last four games – three in Campeonato Paulista and one in the first round of the Copa Libertadores. We can see this trend continuing against Rentistas.

Sao Paulo to Win Both Halves

Another interesting option that involves Sao Paulo winning is for them to win both halves. This is a betting market with great odds and one worth exploring. After all, Rentistas are in poor form after finishing last in the Uruguayan Clausura, in which they’ve lost 9 of the 15 matches they’ve played.

Sao Paulo vs Rentistas preview: A match between David and Goliath

With Sao Paulo being three-time Copa Libertadores champions, while Rentistas never even winning the Uruguayan football league, it’s clear who has the advantage in this match. So, let’s take a closer look at both teams.

The Brazilian league is yet to start, so Sao Paolo might not be in a full competitive mode yet – although they are playing in Campeonato Paulista to get in form. Also, the team that finished fourth last season in Brazil started this season in the Copa Libertadores with a convincing 3-0 win in an away game against Sporting Cristal. Considering the poor form in which the Rentistas ended the recently-finished Uruguayan league, it’s clear why Sao Paulo is the absolute favourite in this match.

After finishing the Uruguayan Apertura tied for first place, with the same number of points and goal difference as the future champions Club Nacional, an additional match was played to determine the winner. Rentistas managed to win that game after extra time, but that was the highlight of their season. Poor performance in Clausura, in which they finished last, put them only in 9th place overall. The team started this edition of Copa Libertadores with a 1-1 draw with Racing Club.

Sao Paulo vs Rentistas – The best odds, stats, and other information

If you want to find the best odds for Sao Paulo vs Rentistas, check our selection of odds from a few of the finest UK bookies: 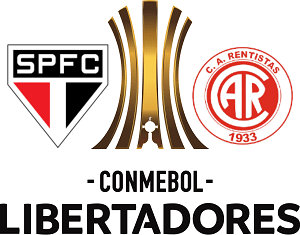