The home team will try to secure their place in the Copa Sudamericana. While the visiting team will make a last effort in their attempt to stay in the first division of Brazil. To set the right bet for Santos vs Avai, read about our predictions and betting tips for free:

The Best Betting Tips and Predictions for Santos vs Avai

Although Santos is only ahead of Avai by four points, Santos is eighth in the standings while Avai is in the relegation zone. So, it’s very tough to predict the games in Serie A since the teams are not that far apart in quality.

That being said, Avai is the newly-promoted team. So, Santos is the better team on paper. On top of that, they are in better form recently since Avai lost three of their last four matches. With that in mind, we suggest betting on the guests in this game.

Three of the previous five head-to-head duels between Santos and Avai have gone over 2.5 total goals, so we can see that happening once again in this match.

Both teams have scored in four of the previous five h2h meetings between Avai and Santos, so we expect the same to happen in their upcoming duel.

On top of this, both teams have scored in 62% of all Avai matches in the league so far, while the same is true for 56% of all Santos games in Serie A this season.

Santos vs Avai preview: A very interesting and close matchup

While they lost only one of the last six matches in Serie A, Santos is still closer to the middle of the standings than they are to the top. At the moment, they are in eighth place with twenty-two points from sixteen games. Meanwhile, Maicon, Pires, and Sandry are injured at the moment and out of the upcoming duel with Avai.

With two wins, one draw, and three losses in the last six matches in the league, Avai has been pretty inconsistent lately. So, it’s hardly a surprise to see them in the relegation zone. That being said, they are also just a few points behind teams in the middle of the standings and it’s still way too early for panic. However, Avai is also dealing with some injury issues, with six of their players out of the next game.

An Excellent Analysis of Santos vs Avai Stats and Odds

If you want to bet on the top odds for Santos vs Avai, check our selection of odds from the best betting sites:

Main Facts About Santos vs Avai 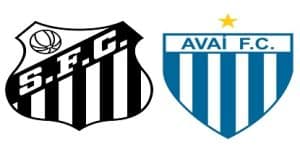 Match schedule – The matchup will take place on 5th November at 19:30 BST.