The first game of the mid-week round of Serie A is the Santos vs Athletico Paranaense duel, so take a look at our detailed preview of this match and check some of our top betting tips for it:

Our best free tips and predictions for Santos vs Athletico Paranaense

If you want a bit of help to find the right bet for the Santos vs Athletico Paranaense match, check our top betting tips for this game:

The guests have been great so far in Serie A, winning six of their first eight games. On the other hand, Santos has been pretty inconsistent this season, which is why they are right in the middle of the standings in the league. With that in mind, our prediction is for Athletico Paranaense to win this game, just like they did in two of the last three h2h duels between these teams.

Four of the last five duels between Santos and Athletico Paranaense have gone under 2.5 total goals, so there’s no reason to expect a different kind of match now. Furthermore, Santos is averaging 2.00 goals per game in Serie A this season. Atheltico is a bit better at 2.88 goals per game, but that’s not enough to push this game over in our opinion.

Since we don’t expect to see many goals in this duel, we also don’t expect both teams to score. After all, this happened in just 22% of all Santos games in the league. Meanwhile, both teams have scored in 62% of Athletico Paranaense matches, but three of the last five head to head duels between these teams have ended without both teams scoring.

While the guests are playing great at the moment, the home team has been inconsistent at the start of Serie A. So, let’s check both teams out in more detail ahead of their duel:

Despite the fact that they played in the Copa Libertadores final last season, Santos is not among the main favourites in Serie A this season since they had to sell a few of their top players for financial reasons. So, it’s not really surprising that they’ve been inconsistent so far, with three wins, three draws, and three losses in the first nine matches in the league. The team also has six players on the injury list at the moment.

With six wins in their first eight games, Athletico Paranaense has made an early push for the top and if they can keep going, they will be one of the main candidates for the title. But it’s still early in the season for such predictions and we’re sure that Athletico’s fans are not getting their hopes up just yet. In addition to their great form, Athletico is also having little injury problems, with just Halter on the injury list at this time.

The best odds and useful stats for Santos vs Athletico Paranaense

If you are trying to find the best odds for Santos vs Athletico Paranaense, take a look at our list of odds from various betting sites: 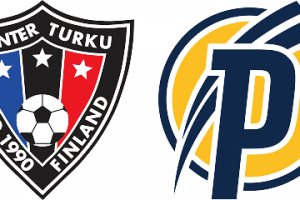