Both San Lorenzo and Platense are in tenth place in Group A, level on seven points, a long way off the qualification places. With only five games remaining, they would need a winning streak from the next matchday to have a chance of going into the final matchday.

To set the right bet for San Lorenzo vs Platense, take a look at our predictions and betting tips for free:

Neither of the two teams is playing in international cups, so in this match, both teams will go out with the best they have. Platense’s bad thing has been ball possession, something their opponents do very well.

We believe that with more possession of the ball, the home side will create space to beat the Calamares.

In the last 6 matches, Platense has scored only 2 goals, spread over 2 games. In that same period, San Lorenzo scored four in total, each 1 in four different games.

So it would not be a surprise if there is only one goal in this match.

The visitors have a very poor goalscoring average, scoring one goal every three games. We predict that this will be one of those games where they do not cause any damage to the opponent.

On the last matchday, San Lorenzo lost 2-1 away to Sarmiento. A match where the Azulgrana had the

ball and many shots, but little accuracy.

Likewise, the Ciclón also got out of the Copa Argentina in the first round, losing on penalties against Racing de Cordoba, a third-level team. Now, San Lorenzo will concentrate on improving its position on the table.

After very good results at the beginning of the season, Los Calamares has been defeated in the last six matchdays. The lack of goals is what keeps them at the bottom of the table.

In their last match against a Racing team that did not use all their best players, Platense committed a penalty, which Racing would convert into a goal and define the match. Platense only had 29% ball possession and a few goal chances.

The latest stats and odds for San Lorenzo vs Platense

If you want to bet on the top odds for San Lorenzo vs Platense, check our selection of odds from the best betting sites:

Some doubts about San Lorenzo vs Platense matchup 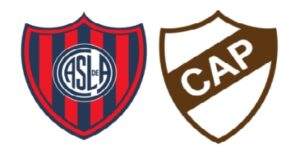 Who is the bookmakers’ favourite to win? The more probably winner is San Lorenzo at 23/20 (2.15) odds