The hosts want to keep their level of form and get another win, as they did last time out. Meanwhile, the visitors need to get three points out of three after the defeat they suffered in their last match in this championship.

Our latest San Lorenzo vs Patronato predictions and free picks

To set the right bet for San Lorenzo vs Patronato, take a look at our predictions and betting tips for free:

The home side managed to get a win as they were able to have a strong defense against Union. If they can stop their opponents’ attacks they could be successful again in their next match.

We predict that the home side will be able to take the victory with a minimal margin of advantage.

Both teams have had a low scoring margin, which is why we think that there will not be a lot of scoring in this match there may be only one score.

In San Lorenzo’s previous match, they allowed only one clear scoring chance to Union, who has been one of the strongest teams in the group. So we expect Almagro’s club will find it easier to defend against a team at the bottom of the table, and will not allow them to score.

The 2-1 win in Santa Fe against Union brought much relief to El Ciclón, who was heavily criticized by their fans after the 2-2 draw against Platense. After some institutional and football problems, the club had to make some drastic changes.

Hence, they came away with a win, after the interim coach fielded many youngsters in his starting eleven. This gamble paid off, and the team got the three points away, now they can go back home with a bit of calm.

In the eleventh matchday Copa de la Liga Profesional, Patronato suffered another heavy defeat against the group leaders. Despite the offensive play of Patronato, they were only able to score on one occasion while their rivals scored three times.

That makes three consecutive defeats in the league for a team that said goodbye to the qualification places in the previous matchdays. However, they need to gain some points to avoid being at the bottom of group A.

The best analysis of San Lorenzo vs Patronato stats and odds

If you want to bet on the top odds for San Lorenzo vs Patronato, check our selection of odds from the best betting sites:

FAQs for San Lorenzo vs Patronato 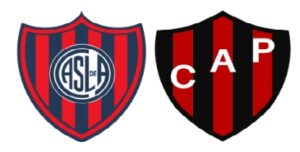 Who is the bookmakers’ favourite to win? The more probably winner is San Lorenzo at 21/20 (2.05) odds