Next Sunday, the teams have to do their best to get the three points they could not pick up last time. The home side’s last result was a nil-nil draw, while the visitors lost their last match of La Liga Profesional.

If you want to place the right bet for San Lorenzo vs Atletico Tucuman, check our predictions and betting tips for free:

Although San Lorenzo has not celebrated the first victory at home, they are favourites to take the three points. The hosts must succeed to stay close to the first spots and have a chance to qualify for the next phase. For those reasons, we think San Lorenzo will not let this game get out of hand.

Both El Decano and Santo struggle when they have to finish a goal opportunity, that is why they have scored only a few goals. The visitors have opened the scoreboard in two of their seven games and their next rivals did it only once in their last three matches. So we expect one or a maximum of two goals on Sunday.

Atletico Tucuman does not know what is to bury the ball in the net playing on a rival pitch. Besides, they will play against a team that has not conceded many goals in their first seven games. So, we predict that only the hosts will be able to score.

In the four last rounds, Pedro Bidegain’s squad had irregular results, winning only four points out of twelve possible. In their previous meeting, the defensive line had a good performance and did not allow Huracan any clear goal opportunities. But, the bad news was that even with 54% ball possession and thirteen attempts they could not open the scoreboard.

Last game, Atlético Tucumán had ball possession and many attempts but they could not get over the goal Cordoba scored in the first half. In their last matches, they had one win and three defeats in a row and no goal for their side. By the way, El Decano lost every time they played away during the current season, that is why they are last in group A.

If you wish to bet on the top odds for San Lorenzo vs Atletico Tucuman, check our selection of odds from the best betting sites: 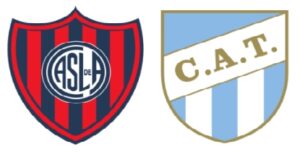 Who is the bookmakers’ favourite to win? San Lorenzo