The home side is motivated after winning their last two matches, one in League Two and one in the Football League Trophy. The visitors have been successful in the cups, but not in the league, where they are at the bottom of the table. To set the right bet for Salford City vs Crawley Town, read about our predictions and betting tips for free:

Both teams are in a bad situation, and after five games neither team knows what it’s like to win in the league. Salford at least has a win in the EFL Cup, from which they were eliminated in midweek. We think home advantage will be decisive and The Ammies will be the winner.

When Salford City and Crawley Town meet, it is synonymous with goals. In their last three head-to-head meetings, there have been three or more goals in the final scoreline. Tom Nichols scored his first official goal of the season, the Reds´ striker put the ball in the net in Crawley’s last 3-1 win over Harrogate. The attacking player is likely to add to the goal-fest we predict.

Both The Ammies and The Red Devils have struggled to create attacking moves, so we think there will be at least one clean sheet. The home side has not conceded in four of the last five meetings against Crawley Town and has scored at least one goal in the last four h2h.

If you want to bet on the top odds for Salford City vs Crawley Town, check our selection of odds from the best betting sites: 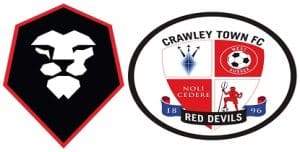 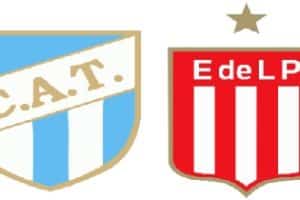