The Romania vs North Macedonia duel should be an interesting one, especially since it is the first round of the World Cup Qualifiers. With that in mind, we have prepared a detailed preview and a betting prediction for this match.

Our top free tips for Romania vs North Macedonia

This matchup between two Balkan countries offers a variety of betting options. We’ve chosen a few top predictions and tips for you, so check out our preview:

These two teams met in 2010 for the last time, so looking at their head-to-head may not be very useful. However, it does support our bet since Romania has won four of their last five matches. In addition to being the home team, another reason why we chose Romania to win is the quality of their team compared to North Macedonia. We believe that Romania is a stronger team, so we would back them to win this game.

While North Macedonia rarely participates in high-scoring games, this is not unusual for Romania. In their past five matches, they’ve gone over 2.5 goals three times. And since we expect Romania to win and score early, we can see this game going over 2.5 goals as well and we like this prediction.

Romania to Win and Total Goals Over 1.5

This is a bet that’s basically a mix of our previous two tips, although we’ve decided on a lower total goals option since the odds are still very good on this market. Our feeling is that Romania will win and score at least two goals since they play offensive-minded football and North Macedonia will have to take part if they concede early.

If you didn’t know and had to guess which of these two teams qualified for the Euro 2020, you would probably be wrong since the answer is North Macedonia. However, there’s more you should know about these two teams, so read our preview:

After failing to qualify to Euro 2020 through in a group with Spain, Sweden, and Norway, Romania had another chance to get a spot through the UEFA Nations League play-offs. However, they lost to Iceland in the semi-finals and will not play in the competition. They’ve also missed the previous five World Cups. Meanwhile, the team managed to move from League C to League B of UEFA Nations League in the first iteration of the competition, and they are still in the same tier.

Thanks to the UEFA Nations League which offers a spot at the European Championship to teams from each of its four divisions, North Macedonia will play in its first-ever Euro this year. To get there, the team had to beat Belarus and Georgia in the League D play-offs. This boos of confidence will certainly help North Macedonia in WC Qualifiers but the task here will be much more difficult since they are in a group with Germany, Romania, and Iceland.

The top betting odds for Romania vs North Macedonia

You don’t have to waste a lot of time looking for the best odds on different websites – we have selected odds from a few bookies for Romania vs North Macedonia for you, along with some stats: 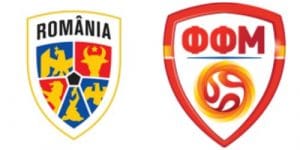