One of the most interesting duels in the EL quarter-finals is Roma vs Ajax. Keep reading if you want to learn more about the match and check out our preview and our favourite betting tips.

Our top free betting tips and predictions for Roma vs Ajax

We expect Roma vs Ajax to be a very exciting game, but we also think that the game has some interesting betting options. Check our selection of betting predictions and tips for this match:

We expected Ajax to win in the first leg as well, but Roma pulled off a remarkable turnaround after losing 1-0 at half-time and giving away a penalty. So, Roma is definitely close to the Dutch team, but Ajax is in much better form in the league and they’ve been playing great in Europe in the past few seasons consistently. We think that this type of experience will be a crucial advantage for Ajax and that they can turn the matchup around in Rome.

The first leg narrowly missed going over 3.5 total goals, but the second leg shouldn’t since Ajax has to attack from the very start and Roma is a team that can take advantage of this on counterattacks. Both teams have been pretty efficient in the EL playoffs since they have gone over 2.5 total goals four out of five times each. However, only Roma went over 3.5 once in all those games, but our prediction is for this to happen now. Still, if you want to play it safe, you can stick to over 2.5 total goals.

We predicted Tadic to score in the first leg, and one of the reasons for our prediction was the fact that he is on penalty duty. As you probably know, the captain of the Dutch team had a chance to score from the spot but missed his penalty kick. Serbian attacking midfielder is crucial for the offensive style that Ajax has and most actions start or end with him in the mix. We hope that he can get redemption for his miss in the first leg and score in the rematch.

The first leg of the Roma vs Ajax duel in the EL quarter-finals was very exciting, and there’s no reason why the second leg should be any different. So, let’s take a closer look at these teams and recent news.

The first leg result in which Roma won 2-1 surprised many, but the Italian team has shown that they have the quality for this stage of the Europa League despite their struggles in the Serie A. Boosted by the confidence from that victory, Roma broke their streak of three games without a win in the league as well and beat Bologna 1-0. However, the team has significant injury problems. El Shaarawy, Kumbulla, Peres, Smalling, and Zaniolo will miss the second leg.

The first-leg result and the way in which Ajax has lost the game will certainly be in the minds of the players, but this matchup can still be won despite all that. The team showed resilience after that tough loss and won their Eredivisie match over the weekend, so they are now unbeaten in 17 straight games in the league. Another problem for Ajax is their injury list since Mazraoui, Blind, Onana, Stekelenburg, and Rensch are all out for the Roma match.

Top stats and odds for Roma vs Ajax

Check out our selection of useful stats and top odds from some of the best UK bookies: 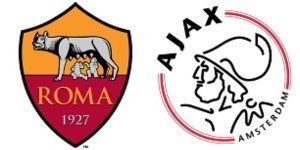