Second h2h for these great teams that bwon the previous day of the Sufamericano tournament. Melgar’s leadership will be at stake, while River Plate can’t lose because it would leave them with a limited chance of advancing to the playoffs.

Our best predictions and picks for River Plate vs Melgar

To set the right bet for River Plate vs Melgar, read about our predictions and betting tips for free:

The Peruvian team has no fear of any opponent, which is why they have won five consecutive home and away games. In the second matchday, these teams met and Melgar won 2-0 without much trouble in the defensive zone.

Due to the good and solid momentum of the visitors, we expect them to take the three points again.

Although in most of the matches, where these teams are present, there is at least one goal per game, the results are not very wide. Probably, this match will be similar to the previous h2h between both, where there were no more than two goals in the final score.

Melgar was already able to nullify their opponents’ attacking moves once. In the previous h2h River Plate had only 2 bulls on goal.

We expect a similar game, where the home side will not score a goal during the 90 minutes.

In their last match, River Plate got an important 1-2 win against Cuiaba in Brazil. It is worth noting that these are the first 3 points for the Uruguayans, and allow River to still have many chances to reach the playoffs.

The Uruguayan club had to come back from a goal conceded 2 minutes after the opening whistle, with a shot from midfield that surprised goalkeeper, Fabrizio Correa. Now, the goal will be taking home advantage to defeat the leader of the group.

On Saturday, Melgar beat Cienciano 1-0 in the 11th round of the Peruvian League, played at the UNSA stadium in Arequipa. The Domino was able to keep the three points and the possibility to still fighting at the top of the table.

Throughout the match, both teams came out to propose, however, neither was effective despite the clear chances to score. The goal finally arrived with five minutes to go, with Kevin Quevedo’s shot from the edge of the box.

The best analysis of River Plate vs Melgar stats and odds

If you want to bet on the top odds for River Plate vs Melgar, check our selection of odds from the best betting sites:

Most relevant information about River Plate vs Melgar 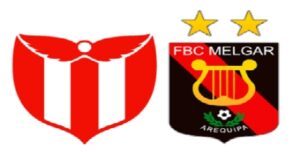 Who is the host? River Plate is the host at Monumental Stadium in Buenos Aires

Who is the bookmakers’ favourite to win? The more probably winner is Melgar