Perhaps the derby of the round in the Brazilian Serie A is the RB Bragantino vs Flamengo duel. With that in mind, we have prepared a preview of this match and some free betting tips for you.

Our top RB Bragantino vs Flamengo predictions and tips

Finding the right bet for the RB Bragantino vs Flamengo may not be easy, so we are here to help you out with our best betting tips:

The reigning champions are currently eleven points behind Atletico Mineiro who’s in first place, but they are also two games behind and a win over RB Bragantino would be a huge boost to their title chances. Meanwhile, Bragantino is fifth at the moment and both teams have done well recently. So, it’s a tough match to predict, but we are going with Flamengo because they are a better team and they need a win here.

All three most recent h2h duels between RB Bragantino and Flamengo ended with both teams scoring and we expect this trend to continue in their next meeting as well. After all, both teams have scored in 68% of all RB Bragantino games in Serie A this season and in 41% of Flamengo matches in the league so far.

The best stats and odds for RB Bragantino vs Flamengo

If you wish to place a bet on the top RB Bragantino vs Flamengo odds, check our list of odds from the best UK betting sites:

RB Bragantino vs Flamengo preview: Derby of the round in Serie A

This is one of the most anticipated matches of the round since both teams are in good form at the moment. So, let’s check them out in more detail:

The fans of RB Bragantino are currently over the moon since their team managed to reach Copa Sudamericana final, which is a huge success for a team that played Serie B a couple of years ago. Obviously, partnership with Red Bull paid off and the team is now one of the top Brazilian teams. This is further proved by the fact that Bragantino is currently fifth in Serie A. However, their next match against the reigning champions comes in a bad time for the team since six Bragantino players are likely to miss this match with injuries.

The current champions of Brazil are having another good season. The team has reached Copa Libertadores final where they will meet the defending champions Palmeiras, the semi-finals of Copa do Brasil, and they are still in the race for the title in Serie A. That being said, Flamengo is currently third in the league, eleven points and two matches behind Atletico Mineiro. Luiz and Maia will miss the upcoming duel with Bragantino. 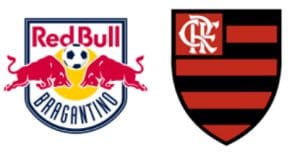