The first leg of the Spanish Segunda playoff final is scheduled for Sunday. Rayo Vallecano and Girona will fight for the last spot in the Spanish top-tier next season, so we should see an exciting match. With that in mind, we have prepared a detailed preview of the game, along with some free betting tips.

Our top betting tips and predictions for Rayo Vallecano vs Girona

It’s never easy to offer a prediction on matches with such high stakes, but we have nonetheless selected some of our favourite betting tips and picks for Rayo Vallecano vs Girona:

Rayo Vallecano and Girona to Draw

Matches that have a lot of importance usually make the teams more cautious and averse to making a costly mistake. This often leads to a draw at the end of the game, which is exactly what we expect to happen in the first leg of the Segunda playoffs. Girona is unbeaten in the last ten fixtures, so they are in fantastic form. Meanwhile, Rayo Vallecano was inconsistent before the playoffs, but they’ve won both games in the semi-finals. With teams in similar form, a draw seems very likely.

Rayo Vallecano and Girona to Draw at Half Time

Most games that end in a draw at the end of the game are also even at half time, which is what we expect to see in this game. Both teams will be focused on not conceding, so they will enter the game cautiously and carefully and we don’t expect to see much action in the first half. So, our next prediction is for Rayo Vallecano and Girona to draw at half time.

In the four games that these two teams have played in the semi-finals, we have seen both teams score in just one game. Spanish Segunda is not known for many goals and the importance of the game will further limit the teams in the offence, so we don’t see both teams scoring in this game. Furthermore, both teams have scored in just two of the last five head-to-head duels between Rayo Vallecano and Girona.

Rayo Vallecano vs Girona preview: Who will play in La Liga next season?

The winner of the Rayo Vallecano vs Girona matchup in two legs will play in La Liga in the 2021-2022 season. So, let’s take a more detailed look at the teams ahead of the first leg:

Even though Rayo Vallecano was sixth in the regular season, which means that they were the lowest-seeded team ahead of the playoffs, they have been able to reach the finals with two wins in the matchup against Leganes. The team was pretty inconsistent in the last couple of months in the league, but it seems that they’ve found their form just when they needed to. In addition to this, Rayo Vallecano has no injuries to worry about at the moment.

The team that finished fifth in the Spanish Segunda managed to get to the finals of the playoffs after eliminating Almeria in the semi-finals. Girona won the first leg 3-0, while the second leg ended in a scoreless draw. Including those two games and the regular season before that, Girona is now on a 10-game unbeaten run with eight wins in that time span. So, the team has reasons to be optimistic about their chances of getting back to La Liga. Furthermore, the team has a clean bill of health.

Top odds and useful stats for Rayo Vallecano vs Girona

You can find top stats and odds for Rayo Vallecano vs Girona here instead of looking at multiple websites: 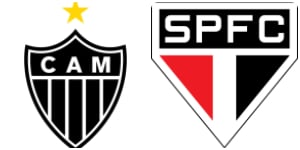