The Copa Sudamericana quarter-finals should provide us with some interesting duels, like the Quito vs Athletico Paranaense matchup. Read our preview of this game to learn more about it and to get free betting tips.

Our top betting tips and predictions for Quito vs Athletico Paranaense

If you  need help to find the best bet for Sporting Cristal vs Penarol, check some of our free betting tips for this game:

While these two teams are in similar forms at the moment, Quito is perhaps doing a bit better in the most recent matches. In addition to this, the Ecuadorian team has a lot more experience in continental football and with them playing the first leg against Athletico Paranaense at home, our prediction is for Quito to win the game.

Two of the four matches played by these teams in the previous Copa Sudamericana round have gone over 2.5 total goals, so this match could go either way. Still, the last four matches played by Quito in all competitions have gone over 2.5 total goals, while the same is true for four of the last five Athletico Paranaense games, so we expect these two teams to combined for at least three goals in the first leg.

Since we expect to see at least three goals in this game, we also expect both teams to score at least once. This is something that happened in two of the four matches played by Quito and Athletico Paranaense in the last round, but it also happened in three of the last five Quito matches in all competitions and four of the last five Athletico Paranaense matches across the board.

Both teams are in solid form at the moment, so this should be a very exciting game. With that in mind, let’s take a closer look at both teams before the first leg:

One of the most decorated Ecuadorian teams is used to playing in the later stages of Copa Libertadores, but this season they will have to be satisfied with fighting for a Copa Sudamericana trophy where they’ve already reached the quarter-finals. Meanwhile, the team finished the first stage of the Ecuadorian Serie A in sixth place and they’ve started the seconds stage with four points in the first three matches, so they need to improve if they want to meet their goals.

Things are going well for Athletico Paranaense this season since they are currently in the sixth spot in the Serie A standings despite losing their last two matches. In addition to this, the team also reached the quarter-finals of Copa do Brasil and Copa Sudamericana, so their fans should be pretty happy with the way Athletico Paranaense has been doing this season.

The best odds and stats for Quito vs Athletico Paranaense

If you are looking for the best Quito vs Athletico Paranaense odds, take a look at our selection of odds from the main UK bookies: 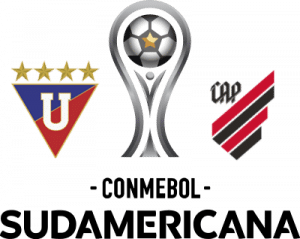