QPR look to reach the fourth round of the EFL Cup when they go up against Everton at Loftus Road in the midweek action. This preview will look at the key aspects of the game to provide the top tips.

QPR saw their poor run continue with a 2-1 defeat to Bristol City in injury time. Everton were missing several key players in the recent trip to Aston Villa and they suffered a 3-0 loss at Villa Park.

Everton to win the game

Everton are once again likely to be missing some key players for this game. The collapse against Aston Villa will be a worrying sign for Rafa Benitez, who has so far seen his team perform relatively well. Up until now, Everton have not faced too much top opposition and the threat from QPR will be similar. QPR’s confidence levels will have taken a massive hit following the manner of their defeat against Bristol.

QPR have been leaking goals for a few weeks. Since the clean sheet against Coventry City towards the end of August, the team has shipped seven goals in the last three matches. This will spell good news for Everton, who failed to score for the first time this season under Benitez. Even though Everton did not offer much threat to Villa, the Merseyside outfit are expected to be back among the goals.

QPR might have been quite mediocre at the back over the last few games, but the offence has kept the opposition on the toes. This attitude was visible against Bristol during the weekend when QPR had multiple chances to get a goal. Everton failed to score for the first time this season against Villa and the run may not continue for long.

QPR vs Everton: Can QPR make it to the fourth round?

QPR to not have a great record in the League Cup after consistently failing to get past the third round in the last few years. In fact, the team went beyond the third round back in the 2008-09 season. The recent round of poor results will contribute to the lack of confidence within the team.

Everton are hoping to reach the quarter-finals of the League Cup for the third consecutive season. The Merseyside outfit do have a decent amount of pedigree in this competition, but they have not been knocked out at the turnaround since the 2018-19 campaign.

FAQs on QPR vs Everton game Where is the match going to take place? Loftus Road

Who is the favourite team to win the game? Everton 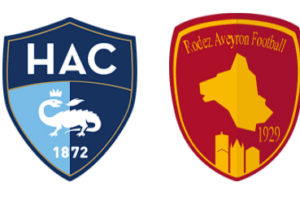