Round nine of the Uruguayan Apertura brings us a few interesting matches, like the Progreso vs Plaza Colonia duel. To learn more about this game, keep reading for our detailed preview and some free betting tips.

Our top betting predictions for Progreso vs Plaza Colonia

If you are not sure what is the best bet to place on Progreso vs Plaza Colonia, check some of our favourite betting predictions for this match:

The guests have been doing really well in the new Apertura season and they are currently in the third place in the standings, with the same number of points as the top two teams. With that in mind, our prediction for this match is for Plaza Colonia to beat Progreso, who are struggling and only managed to win their first game in the last round.

Four of the last five head-to-head matches between Progreso and Plaza Colonia have gone under 2.5 total goals, so there’s no reason to expect a different game this weekend. Furthermore, Progreso is averaging 2.5 goals per game this season in Apertura, while Plaza Colonia is averaging 2.13 goals per game in the league. So, this should be a low-scoring affair in our opinion.

While the home team has been struggling a bit this season, Plaza Colonia has been doing great in Apertura this year. With that in mind, let’s check both teams out in more detail:

The team that struggled in the previous season in Primera Division has finally managed to win a game in this season. The win against Sud America has boosted the confidence of the team and shot them up the standings. In addition to this win, Progreso also has four draws and three losses in Apertura this season, but they are undefeated in their last three matches in the league.

The team that finished last season in the Uruguayan Primera Division in the middle of the standings has started the new Apertura season in great rhythm. After the first eight rounds, Plaza Colonia is third in the standings with 17 points, which is tied with the first two teams and only goal difference is keeping them down at the moment. Also, Plaza Colonia won three of their last four games, so they are in good form at the moment as well.

Top odds and useful stats for Progreso vs Plaza Colonia

The odds for Progreso vs Plaza Colonia can be very different depending on the bookie, so check our list of odds from some of the best bookies in the UK. 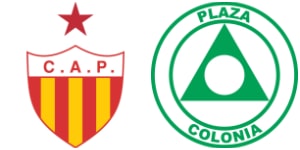