Preston take on one of the favourites for the League Cup this year, as Liverpool visit the Deepdale Stadium in the midweek action. This preview will focus on this round of last 16 match between the two teams.

Preston continued with their disappointing form since the international break following the 2-0 loss against Blackpool. Meanwhile, Liverpool were able to enjoy one of the best days in their season after humiliating rivals Manchester United with a 5-0 victory at Old Trafford during the weekend.

Liverpool were sensational in the win over Manchester United. Even though most of the players who featured in this victory are unlikely to play in the game against Preston, the ripple effect might be felt throughout the squad. It is very likely that the Reds will continue on the momentum path that has seen them pick up four wins in the last five matches. Despite Preston having home advantage, this game should end up as a comfortable win for the Reds.

Liverpool have been producing masterclass comes to attacking football over the last few weeks. Even the international break has not done enough to stop the momentum, as Liverpool have been able to get 20 goals in the last five matches. Even though squad rotation is likely to happen, Liverpool will have a lot of strength while Preston have scored in all but one of the home matches this season.

Even though Liverpool have been producing wonderful attacking display, the defence has been far from perfect. However, the vast difference in quality compared to Preston should be able to help see them through to a clean sheet.

Preston have been able to register little success in the recent EFL Cup matches. They have been unable to get past the fourth round of the competition in their entire history. It does not bode well for the team to play against one of the favourites to win this year’s competition. Preston also have a huge injury list with Connor Wickham, Chad Evans, Matthew Olosunde, and Isaiah Brown unavailable due to injury, while Alan Browne is suspended.

Liverpool may not be able to make huge changes to the squad, as Klopp is already having to deal with a lot of injury problems. Liverpool are hoping to win the League Cup for the first time since 2011-12. Harvey Elliott, James Milner, Fabinho, Naby Keita, and Thiago are the players unavailable due to injury.

Analysing the Carabao Cup Stats for Preston vs Liverpool

FAQs on Preston vs Liverpool game 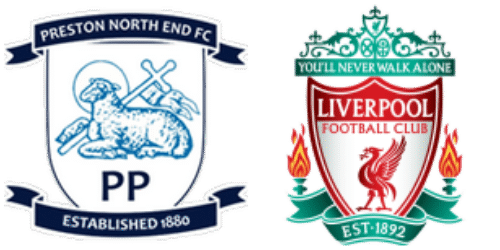 Where is the match going to take place? Deepdale Stadium