This preview focuses on the Portuguese league match between Portimonense and Gil Vicente at the Estádio Municipal de Portimão.

Portimonense opened the season with a 1-0 win over Vitoria Guimaraes thanks to a late goal from Beto. Gil Vicente also picked up a victory from their opening match but it was a more accomplished 3-0 success over Boavista.

Portimonense come into this game with the confidence provided by the opening day win. Even though Gil Vicente were able to produce better away performances towards the end of last season, they have actually suffered at the hands of Portimonense in recent years with three defeats in the last five meetings. The home advantage coupled with the psychological edge are some of the factors in favour of Portimonense.

Beto is off the mark in his first match of the league campaign. The striker came up with 11 goals last season and he is once again in the mix for scoring in double figures. Beto was one of the scorers in the 4-1 win over Gil Vicente last season.

Portimonense are keen to finish in the top half of the table and the positive start made to the new season will give them a lot of belief. A trademark of the team has been a strong defensive performance and it is likely that manager Paulo Sergio will be sticking with the same philosophy for this game.

Gil Vicente were able to provide a lot of entertainment in the opening match as they had nine shots at goal and 60% of the ball. After being able to come up with some strong away performances towards the end of the 2020-21 season, Gil Vicente should be quite positive about travelling on the road for the first time this season. Manager Ricardo Soares does not have any injuries in his squad.

Crunching the Stats ahead for Portimonense vs Gil Vicente 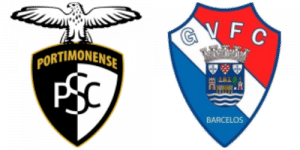