One of the more interesting matches in this round of the Uruguayan Apertura is a duel between Plaza Colonia and Sud America. If you wish to know more about this match, check our detailed preview of the game and gets some free betting tips along the way.

If you are struggling to decide on the right bet for Plaza Colonia vs Sud America, take a look at some of our top betting predictions for this match to get some help:

The home team is having a great season in Apertura so far since they’ve sharing the top spot with Nacional after the first nine rounds. In those nine rounds, they’ve won six times and we expect them to get win number seven against Sud America. After all, Sud America lost five of their nine games in the league and they’re far from good form at the moment. That being said, Plaza Colonia failed to beat Sud America in their last five meetings, but this season is completely different and they should break that streak in their upcoming duel.

Three of the last five head-to-head duels between Plaza Colonia and Sud America have gone over 2.5 total goals, so we expect to see a similar game in the next round. In addition to this, Plaza Colonia is averaging 2.22 goals per game this season, while Sud America averages 2.89 goals per game in Apertura this year. With that in mind, our prediction is for the teams to combine for at least three goals in this game.

Our prediction here is based on the recent h2h history between these two teams since we’ve seen both teams score in their last four meetings. Furthermore, both teams have scored in 67% of Plaza Colonia matches in Apertura this season, while the same is true for 56% of all Sud America games in the league so far.

The home team enters this game in pursuit of the Apertura title, while the guests are trying to stay as far away from the bottom of the standings. With that in mind, let’s take a closer look at the teams ahead of their upcoming duel:

After finishing the last season in Primera Division in the middle of the table, Plaza Colonia surprised everybody with their performances in this year’s Apertura. The team from Colonia del Sacramento is currently sharing the top spot with Nacional since both teams have 20 points, but Nacional is ahead thanks to a better goal difference. In any case, six wins in the first nine rounds of the season is a respectable result for Plaza Colonia and the team is certainly running high on confidence at the moment.

The team from Minas is not in the best form this season, but they are far from the worst team in the league. After all, they are a newly-promoted team and ahead of some teams that still don’t have a win this season. Meanwhile, Sud America is has won three games from their nine matches, along with one draw and five losses. In any case, they are currently in the 13th place in the standings in the league of 16 teams. 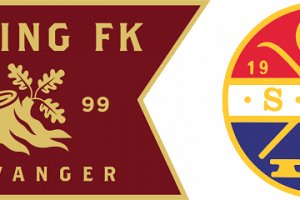