This Uruguay’s Primera Division fixture between Plaza Colonia and Liverpool will be played on 17th June 2021. Check out our extensive analysis for this game, including free betting tips.

The Best Three Free Predictions for Plaza Colonia vs Liverpool

Soccer predictions at Punditfeed are premised on extensive research and carry no bias. Our expert tipsters have narrowed down to the best three free tips for this game as follows:

Note that odds change frequently so ensure to check Betfred for the latest odds for this fixture between Plaza Colonia and Liverpool.

Both Teams will find the Net

We feel these teams have the firepower to find the net in this fixture. The hosts are only two points from the first-placed Liverpool after five games in the Primera Division. With both sides having a good run of form in the last five games, losing only once within that duration, backing goals on both ends looks plausible. Plaza Colonia may have scored only twice in the last two home leagues since the start of the Apertura season but netting in all their last eight home fixtures makes them scoring prospects in this game. The visitors look better in front of goal and so we fancy them to score on the road on Thursday having netted nine times in the last three home games this season.

Plaza Colonia to Win or Draw

While Liverpool has some of the most lethal attackers in the Prime Division, there are some notable odds in this fixture. The visitors have scored 9 goals on the road and conceded six goals away from home. The fact that Liverpool struggles to keep clean sheets on the road makes them vulnerable against in-form Plaza Colonia. The visiting manager is also yet to get his first victory against his Thursday host, which adds another twist to this game.

We are also tipping more than three goals in this fixture. Because we are backing Plaza Colonia to score at least once, backing at least three goals make sense here. The visitors have leaked six goals in their last three away games this season and should struggle to keep a clean sheet against a team that has netted in all their last eight home games.

Match Preview: Plaza Colonia Hoping for the First Home Victory against Liverpool since 2016

This fixture is expected to generate a lot of excitement from fans of both teams. The hosts are looking for a home win against Liverpool since 2016? Can they do it?

Plaza Colonia’s only home victory against Liverpool was in February 2016 when they edged out the visitors 1-0 in a Clausura fixture. However, the hosts are yet to record a home victory against Liverpool in the Primera Division, Apertura. Therefore, this fixture is a real test for the hosts whose manager Eduardo Fabian Espinel, has shown glimpses of excellence since taking over in January 2021. Fabian Espinel averages 1.94 points per match after 17 games in charge, during which he has lost four times, drawn thrice, and won ten games. For Fabian Espinel and his squad, exploiting Liverpool’s unimpressive away record should be top of the agenda on match day.

Liverpool is currently topping the Primera Division table with 12 points after five games. The visitors have collected 6 points on the road and conceded six away from home. A shaky form on the road should, therefore, worry Marcelo Mendez and his traveling squad. However, with 17 goals scored, Mendez hopes for even more on Thursday. Liverpool’s forward Juna Ignacio Ramirez is the Primera Division top scorer with 8 goals in five games. The midfielder, Federico Martinez who has five goals in five games this season should also be in the starting lineup on Thursday. With such good players, Mendez can only hope for more points in this fixture. The Uruguayan tactician averages 1.90 points per match but is yet to defeat the hosting manager, having lost the only two previous encounters with Eduardo Fabian.

If you need more stats and the best odds for this game, check out the tables below.

What is the kick-off time for Plaza Colonia vs Liverpool?

What is the confirmed date for this fixture?

This match will take place on Thursday 17th June 2021.

Who is the top scorer for Plaza Colonia?

Twenty-four-year-old Brazilian, Diogo is the hosts’ top scorer with 3 goals in five games played so far. 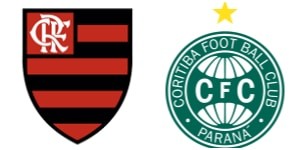 Royal Ascot betting tips 2021: Who to back at the famous festival?