Plaza Colonia might have started the season in fine form but a match against Cerro Largo is somewhat of a banana skin given their recent meetings. Can they overcome their visitors to keep their good start going? Find out with our Plaza Colonia vs Cerro Largo match preview here along with the predictions and free tips we mention along the way.

Plaza Colonia have had the better start to the season no question but Cerro Largo have been somewhat of a problem team for them in recent times. Here are our top predictions.

Plaza Colonia have made a strong start to the season with five wins from seven games including their last three but we’re backing Cerro Largo to cause an upset. Cerro Largo haven’t been atrocious this season but neither have they been particularly good with just one win in their four away games to date. They’ve been somewhat of a bogey side for Plaza Colonia recently though; Cerro Largo have won the last three head to heads and the last two when they’ve been the away side.

Prediction one has detailed that Cerro Largo are our tip to win this game courtesy of some good head to head form; that form hasn’t been underpinned by smash and grab wins either so there is no reason to think this match will go that way. The last three meetings have seen 12 goals with a minimum of three per game and the recent form of both sides supports an over 2.5 prediction as well; Cerro Largo have gone seen at least three goals in four of their last five matches with Plaza Colonia seeing two or fewer in just two of their last five.

Both teams to bag

With our tips of an away win and a high scoring match already stated you shouldn’t be taken aback by our final prediction of Plaza Colonia vs Cerro Largo ending with both teams amongst the goals. Three of the last five head to heads have seen goals for both sides whilst the two sides can only boast three clean sheets from their last ten games combined. In those 10 games (the last five of each respective team) the sides have failed to score on one occasion each.

Plaza Colonia vs Cerro Largo: Where are the best odds?

Plaza Colonia have started the season very well. They’re going about their business very professionally without blowing teams away; they’re not scoring loads – although they are hitting the net with the goals being shared around – but they don’t concede many. The trio of Santiago Mele, Mario Risso and Cristian Rodriguez will be important in this game.

Who knows what it is but, for some reason, Cerro Largo have known how to get a result over Plaza Colonia of late; they’ve won the last three. Their form has been a bit of a rollercoaster so far this campaign but with Leandro Otormin they have a goal scorer and Cristian Souza has plenty of creativity in his boots too. They will believe they can hurt Plaza Colonia. 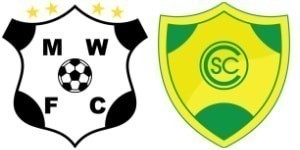