The ninth matchday will have interesting meetings, like the one where Platense will face Racing Club at home and will attempt a double achievement One is to win after a bad run of defeats and the second is to be the first to beat the leader.

To set the right bet for Platense vs Racing Club, take a look at our predictions and betting tips for free:

It could not be worst for Platense, who has a long losing row, now they will face the leader of group A. The visitors have not lost in this season, so our prediction is Racing to take the three points and still be unbeaten.

If Racing Club were not playing Copa Sudamericana, they would probably trash Platense. But they need to rest some players, that is why we imagine Racing scoring only one or two goals.

The good job of the defensive line has been important for the leadership of Racing, who has conceded only six goals in the eight matchdays. Knowing the home side struggles to score, we think only the visitors will be able to open the scoreboard.

Platense vs Racing Club Preview: The leader should sink their rivals to keep the first position

Platense will try to improve their latest results, following a 3-1 loss on the last matchday of Copa de la Liga Profesional. After a good start of the season, where they got seven points out of nine, they have a streak of five losses

The boss Claudio Sponton worries about the huge number of goals they have conceded (11) and the poor quantity scored (2) in their last five games.

The leader of group A succeeded in Peru, where they visit River Plate in the debut of Copa Sudamericana. Although the scoreboard was close, the Peruvian team was no problem for Racing who had most of the ball possession.

Racing’s coach must rotate his players due to the high amount of games they will have. Hence, Platense would be the first test to prove they can keep the good level no matter the starter players that the coach chooses.

If you want to bet on the top odds for Platense vs Racing Club, check our selection of odds from the best betting sites:

Most common questions for Platense vs Racing Club 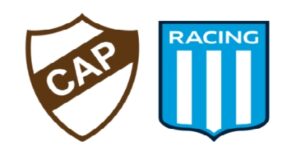 Who is the host? Platense is the host at Ciudad de Vicente Lopez Stadium in Buenos Aires.

Who is the bookmakers’ favourite to win? The more probably winner is Racing