One of the three remaining unbeaten teams in the tournament, they will try to get back to winning ways at home. The away team’s main objective is to get points to climb up the standings.

Our Best Picks and Predictions for Platense vs Central Cordoba

To set the right bet for Platense vs Central Cordoba, read about our predictions and betting tips for free:

Ironically, Central had better results away from home but will face a team that has yet to lose at home. The most recent meetings ended with 1 win each, and 2 draws.

El Platero tends to slow down the attacking play of their opponents, and is usually very lethal in their counter-attacks. We think this duel will have scoring chances in both goals, but the home team will be ahead at the final whistle.

In 6 of the last 7 league games, Platense’s games have ended with under 2.5 goals. In addition, in 4 home games, only once have they scored more than 2 goals. So we expect 1 or maximum 2 goals in this matchup.

In 4 of the last 5 meetings between the two clubs, there has been at least 1 clean sheet in each match there has been a nil-nil draw. so we expect that one of the 2 will not be able to score in this match.

Despite not having a single defeat in the tournament, Platense is starting to slip away from the top of the table. This is due to the number of draws that El Platero has had. The last matchday was their second draw in a row, and their fifth one in the whole tournament.

Omar De Felippe’s side travelled to Sarandi in search of three points, which they almost got with a goal from Ayrton Costa in the 52nd minute. Throughout the game, El Platero had the better chances, but a misjudgment by goalkeeper Marcos Ledesma resulted in Arsenal’s equaliser.

4 points in the first 2 rounds of the Ferroviario made one think that the Ferroviario would have a promising performance in the tournament. However, in the last 6 matches, Central got only 4 points out of 18, which is why they dropped to 21st place.

On the previous matchday, they lost for the fifth time in the tournament, this time to Patronato. El Ferroviario tried to take the lead, but only El Patronato’s play was effective. Central Cordoba scored only in the 83rd minute when they were already 3-0 down.

Latest Preview of Platense vs Central Cordoba Stats and Odds

If you want to bet on the top odds for Platense vs Central Cordoba, check our selection of odds from the best betting sites:

FAQs for Platense vs Central Cordoba 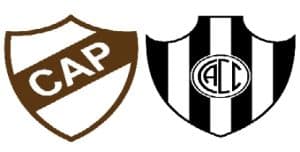 Who is the bookmakers’ favourite to win? The more probable winner is Platense at 5/4 (2.25) odds