One of the closest duels in the upcoming round of the South American WC Qualifiers is the Paraguay vs Chile matchup. With that in mind, we have prepared a prediction of this game for you, along with free betting predictions.

Our best Paraguay vs Chile betting picks and tips

If you are struggling to find the best bet for the Paraguay vs Chile duel, check our top betting tips for this match:

Paraguay and Chile to Draw at Half Time

With the two teams only separated by one point in the standings and with both of them being in similar forms, we can’t really see what will happen in this game. Even their recent h2h record doesn’t give us an answer since Paraguay won three, while Chile won two of their last five duels. However, we do expect a close match, so our prediction is for the teams to be tied at the half. This already happened in six of twelve Chile matches in the group, as well as seven of twelve Paraguay games in these Qualifiers.

The best stats and odds for Paraguay vs Chile

If you wish to place a bet on the best Paraguay vs Chile odds, check our selection of odds from a few of the top UK bookies:

With just one win in the last five matches in the group, along with two draws and two losses, Paraguay is not in the best position when it comes to their chances of reaching the World Cup. Furthermore, one of those losses came against their next opponent Chile, which could affect the team’s confidence ahead of the rematch. In any case, Paraguay is currently eighth in the group, four points away from fifth place that leads to the playoffs.

The wins over Paraguay and Venezuela in the last two rounds of the WC Qualifiers in South America helped Chile climb up the standings and stay in the race for a place in Qatar. However, Chile is still three points behind Uruguay in fifth place and they will have to go on a good run in the remaining matches in the group if they want to have a chance to reach the World Cup.

The most common questions for Paraguay vs Chile 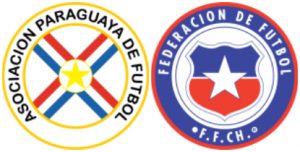