Pacos Ferreira opens their Primeira Liga campaign with a visit from Famalicao at the Estadio Capital do Movel. The visitors won the last bout between them, while Ferreira are on a two-match winning run against them at home.

Free Match Tips from Punditfeed for Pacos Ferreira vs Famalicao

Here are some bias-free tips we have put together for Pacos Ferreira vs Famalicao.

In the last five meetings at the Estadio Capital do Movel, not a single stalemate has been observed. The former three fixtures finished in favour of Famalicao, while Ferreira won the last two duels. We favour the hosts to stretch their winning run against Famalicenses in this fixture, evening out their H2H record.

Pacos Ferreira’s last fixture finished with an Over 2.5 goals scoreline against Larne in the Europa Conference League. However, in the Portuguese League Cup, they could only manage a 1-1 draw during regulation time and needed extra time to triumph. On the other hand, Famalicao has seen both their competitive outings of the 2021/22 campaign ended with just one goal on the scoreboard. Based on this, we anticipate a low scoring affair on their trip to the Movel.

Jorge Simao led Pacos de Ferreira to a fifth-place finish last season and the club are enjoying UEFA competition participation. They made little work of Larne in the Europa Conference League Group Stage qualifiers but were made to work hard by Gil Vicente in the Portuguese League Cup. The Beavers have impressed going forward, scoring goals for fun, but have conceded in all but one of their fixtures leading to this face-off. Simao will not have Mohamed Diaby (Achilles tendon surgery) and Jordi (Achilles tendon rupture) available for their Primeira Liga season opener.

The Famalicenses finished the last campaign with a decent ninth-place finish. It was their forward line-up that hindered their progress, as evidenced by their last league outing in which they dominated possession and created a host of chances but returned without anything to show for. Understanding their deficiencies, Ivo Vieira has resorted to seeing out their rivals’ attempts and preserving the lead as and when it is secured. Both their fixtures this season finished with a 1-0 scoreline and they look impressive with the accumulation of clean sheets.

Looking for the best odds for Pacos Ferreira vs Famalicao? We’ve got you covered. Check out our list of odds from the popular bookies and a few important stats to help you make a good prediction.

FAQ about Pacos Ferreira vs Famalicao 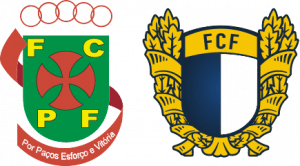