Pacos Ferreira go up against a Belenenses outfit still searching for the first victory of the season. Pacos Ferreira will be hoping to extend the recent run against this team.

The last weekend witnessed Pacos Ferreira taking their unbeaten streak to three matches following the 1-1 draw with Vizela. In the midweek action against Boavista, however, Pacos Ferreira lost 2-1 in the cup game. Belenenses went three games without a win following the 1-1 draw with Gil Vicente. During the weekend, the team progressed into the next round of the Taca de Portugal with a 5-3 win over Pêro Pinheiro.

Pacos Ferreira to win the game

Pacos Ferreira may have not picked up a victory in the last three matches at home in all competitions, but the team has typically done well in home games. This is further compounded by Belenenses being very poor away from home. Since February, the visitors have only managed two victories on the road.

Even though Belenenses were involved in an eight goal thriller in the weekend’s cup match, the team is generally shy on goals in away games. In fact, Belenenses are yet to score away from home this season. Pacos Ferreira have also not scored more than 2.5 goals in any of the last five home games.

Pacos Ferreira to win to nil

Belenenses are a very poor team when it comes to going away from home. The team has not scored in any away match so far this season and it is not a surprise that they have only taken one point from a possible nine on the road. Pacos Ferreira have had some good results at home like a clean sheet against Famalicao and Sporting Braga.

Pacos Ferreira have a brilliant opportunity to get closer towards the top five with the team just a couple of points behind the likes of Sporting Braga and Estoril. This is despite Pacos Ferreira being winless in the last three games in all competitions. Stephen Eustáquio is unavailable due to suspension, while Jordi, João Vigário, and Fernando Fonseca are ruled out.

Belenenses have been stuck to the bottom of the table for a while and their form does not convey any hope of getting out of the bottom three at this moment. The away matches have been especially tough on the team, who may not be without Chima Akas and Carraça for this fixture.

Analysing the Stats for Pacos Ferreira vs Belenenses 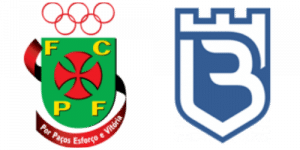