In this article, we will go over the top betting tips and predictions for the upcoming match between Oxford and Charlton. If you want to see more League One betting tips and odds, you can head over to our website.

Our Top Predictions About the Oxford vs Charlton Fixture

After reviewing the fixture we will suggest the best betting tips. The list below contains the best free tips for the League One match on Saturday between Oxford and Charlton on Saturday.

The odds used in this article are from the bookmaker platform Betfred and are subject to change. Before betting on these markets make sure you double-check the odds.

Oxford won or drew eight of the last ten games they played, while Charlton lost or drew 60% of their last ten fixtures. Oxford also won two of the last three head-to-head matches against Charlton that didn’t end in a draw. Oxford’s recent form is better than Charlton’s and they will most likely win on Saturday.

Neither Charlton nor Oxford have any injured players on the squad that will miss the match on Saturday. Also, there are no suspensions issued to players on the teams. Oxford’s recent form is better and that’s why we believe they will win the game on Saturday. Another fact that supports this theory is the most recent head-to-head results.

There is also a chance that many goals will be scored during the match because both teams ten to score more than 2.5 total goals in more of their recent matches by both teams.

These are the recent scores for both the head-to-head and regular fixtures in both teams’ history, so check them out before placing any bets.

Prevalent Questions About the Saturday Match 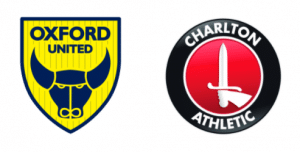