The away team cannot afford to drop points, let alone against teams in the bottom half of the table. A defeat could make it even more difficult to win the Swedish championship. To set the right bet for Norrkoping vs Hammarby, read about our predictions and betting tips for free:

Our Latest Predictions and Betting Tips for Norrkoping vs Hammarby

Only a month ago the two teams met and Hammarby won with a convincing 3-0 win. We expect Bajen to beat Norrkoping again, albeit with a closer result. The visitors have won three of the last four h2h without conceding a goal.

Although Norrkoping did not score once in the last four matchups against Hammarby, we think they will do it this time, as they have a streak of four games scoring at least one goal. In the last four games against Norrkoping, Hammarby scored a total of eleven goals. So there may be three or even more goals in this match.

Norrkoping has now gone three games without a win, with Glen Riddersholm’s side failing to find a solid defensive and attacking shape. Peking’s winlessness is a big problem, as they are not completely out of the relegation zone and continue to give hope to the teams at the bottom of the table. In their last league game, they came close to winning away to Varberg when Jhonatan Levi scored in the 11th minute, but with only injury time left to play, their opponents equalised.

The Bajen stumbled last time out as they drew with AIK, who is one of their direct rivals, in their bid to move level at the top of the table. Hammarby must win to close the gap to the championship leader. In midweek the team beat Nyskoping BIS 2-1 to advance to the next round of the Svenska Cupen. One of the goals was scored by MEds Fenger and the other by an own goal from an opponent.

Quick Review of Norrkoping vs Hammarby Stats and Odds

If you want to bet on the top odds for Norrkoping vs Hammarby, check our selection of odds from the best betting sites:

FAQs About Norrkoping vs Hammarby Match scheduled – The matchup will take place on 5 September at 18:10 BST.

Place – Norrkoping is the host at PlatinumCars Arena Stadium in Norrkoping 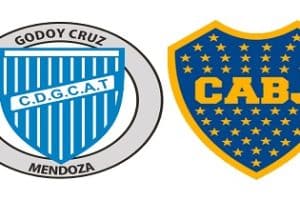