There are only two rounds left to play in the group stages of the Copa Sudamericana and both Newell’s Old Boys and Palestino are unlikely to make it to the next round. Still, we have prepared a detailed preview of this game and some useful betting tips.

The home team still has a chance to progress from Group F, so this is a very important game for them. Check out some of our top betting tips for Newell’s Old Boys vs Palestino:

Although the home team is in poor form this season and they are last in the Argentinian league after thirteen rounds, they at least have some chance of making it to the next stage of the Copa Sudamericana, unlike Palestino. Furthermore, Newell’s has already beaten Palestino once this season, so our prediction is that they can do it again.

The first match between these two teams has ended with just one goal, so we expect to see a low-scoring game once again. Furthermore, Newell’s Old Boys have gone under 2.5 total goals in their last three matches in all competitions, while Palestino has done the same in four of their last five games in all competitions. So, betting on under 2.5 total goals sounds like a smart move.

Since we don’t expect to see many goals in this match, we also don’t think that both teams can score here. If you want to get better odds, you can try betting on Newell’s Old Boys to win to nil since our top pick for not scoring is Palestino. The reason for this lies in the fact that they have failed to score in all four of their Copa Sudamericana games this season.

The situation in Group F is pretty clear, but Newell’s Old Boys can get into play for the next stage with a win over Palestino, who is already out of contention. So, let’s check these teams out in more detail.

After thirteen rounds in the Argentinian league, Newell’s Old Boys are at the very bottom of the standings with eleven points. However, they are not in such poor form at the moment since they’ve only lost twice in their last eight games, along with two wins and four draws. In addition to this, Newell’s can still make it out of Group F, with a bit of luck and a couple of wins in their last two games. They are currently at four points, four behind the second team in the group.

The Chilean team has lost all chances of getting to the next phase of the Copa Sudamericana after winning just one point in the first four games of the group stages. Furthermore, they didn’t even manage to score a goal in those four matches. Meanwhile, Palestino has started the Chilean league with two wins, one draw and a loss in the first five games of the league.

You can check our selection of odds from a few top bookies in the UK if you want to get the best odds for Newell’s Old Boys vs Palestino: 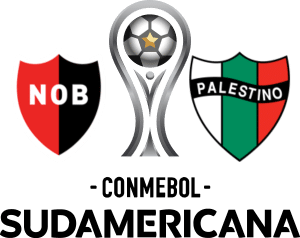