The Nacional vs Wanderers duel in round seven of the Uruguayan Apertura is one of the more interesting matches of the round, so check our preview of the game if you want to know more about it.

Our top free tips and betting predictions for Nacional vs Wanderers

If you are not sure what is the right bet for the Nacional vs Wanderers matchup, check some of our favourite betting tips and predictions for this game:

Although both teams are doing well at the moment and Nacional is just two points ahead of Wanderers, our prediction is for Nacional to win this game. The reigning champions have been a bit better so far in the season and they are the better team on paper. They are also playing at home and they have won four of the last five h2h matches against Wanderers, so they clearly know how to deal with them.

There is a good reason why the odds on this market are pretty good despite the fact that Nacional averages 2.83 goals per game – Wanderers have been the worst in the league in this category so far, with just 1.33 goals per game. That being said, the last two games played by Wanderers went over 2.5 total goals, so they could be trending in the right direction for our prediction. In addition to this, three of the last five meetings between these teams have gone over 2.5 total goals.

We have seen both teams scoring in just one of the first six league matches played by Wanderers, but we still like this prediction. The reason lies in the fact that three of the last five head-to-head duels between Nacional and Wanderers have gone over 2.5 total goals, as well as the fact that both teams have scored in 83% of all Nacional matches in the league.

Nacional vs Wanderers preview: A derby between two good teams

Only two points are currently separating Nacional and Wanderers, so we should be seeing an exciting duel between these two teams. With that in mind, let’s take a closer look at the teams:

The current champions of Uruguay have started the new season in Apertura well enough, with four wins, a draw, and rather surprising loss to Cerro Largo. In any case, the team has won three of their last five games in the league, so they are in good form and the fans will be looking for that form to continue as Nacional hosts Wanderers in round seven of the Uruguayan Apertura.

With the season in the Uruguayan Apertura heating up, Wanderers can be pleased with the start they’ve had. In the first six matches of the season, the club has managed to get three wins and one draw, while losing a couple of games. Although this means that they’ve been rather inconsistent, they are in line with the expectations from the team that finished fifth in the last season’s aggregate table.

Best odds and important stats for Nacional vs Wanderers

If you are looking for the best odds for Nacional vs Wanderers, you should check our selection of odds from the best UK bookmakers:

Common questions for Nacional vs Wanderers 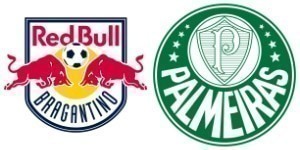