Rangers and Celtic are the dominant forces in Scotland. Last year, Hibs were best of the rest. Can they start this campaign with a win? Find out with our Motherwell vs Hibs match preview here along with the predictions and free tips we mention along the way.

Motherwell vs Hibs: Our betting picks

Check out our match predictions for this Scottish Premier League tie between Motherwell vs Hibs.

Hibs to kick off with a win

We hadn’t reached our tips before we mentioned that Hibs were one of the best sides in the league last year. Motherwell were not. That’s not why we’re backing Hibs to win though; that’s down to form. Sure, Motherwell have won a few of their last season 10 – four to be precise – but they’ve lost just as many. That’s not something you can say about Hibs; they’ve been incredibly consistent with five wins in their last six and just one loss in their last 10. They’ve won four on the bounce too.

A few goals to start the season

Hibs might be on a results roll but it’s not just winning that has been steady going for them. They’ve also seen a total of 15 goals in their last five games giving them an average of 3.0 per match. Their last four have all surpassed the 2.5 cut off too. Motherwell don’t have quite the same numbers to back our prediction up but an average of 2.4 goals per game across their last five isn’t low enough to turn us off. The prediction becomes even more clear when seeing that two of the last three games have ended north of the all important 2.5 mark.

Our final prediction is for Hibs man Kevin Nisbet to bag a goal at some point during the match against Motherwell. Nisbet has been amongst the goals in pre-season and if last year is anything to go by then he’ll be one of Hibs’ biggest weapons this year too. He bagged 18 goals last season, which saw him linked with moves to both Celtic and Rangers as well as clubs in England. It now looks like Hibs will keep hold of him and he could start earning the points immediately!

Odds, stats and more for Motherwell vs Hibs

Motherwell vs Hibs: Hibs’ firepower  to see them to victory

It can be hard to read too much into form before the proper season kicks in. Despite that, there are some serious red flags waving for Motherwell. Inconsistent displays and results are never a good sign and losses against lower league sides really aren’t positive at all. If they’re to avoid a long, hard season then they’ll need Liam Donnelly and Dean Cornelius to perform in the engine room.

Unlike Motherwell, Hibs look like a well oiled machine. They’ve got a style of play, they’re getting results and confidence will be high. Throw in the fact that Kevin Nisbet is still their player with Martin Boyle performing well too and there is a lot for Hibs fans to be chipper about. They’ll be expecting a decent result on Sunday.

FAQ for Motherwell vs Hibs 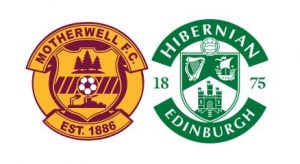