Moreirense and Famalicao take on each other in what could have been a six-pointer if it was taking place at the season. Both teams have made a disappointing start to the season.

Moreirense were quite pleased to come away from the game against Belenenses with a 1-1 draw courtesy of a late goal from Andre Luis. Famalicao were able to register the first points of the season in a 1-1 draw with champions Sporting Lisbon at home.

Moreirense are looking to make it a hat-trick of wins against Famalicao after getting a comfortable 5-0 victory in the last two matches against this opponent. However, Ivo Vieira’s men come on the back of a surprise draw with champions Sporting Lisbon even if they were down on most stats like possession. Moreirense have had difficult home matches so far, while Famalicao were unable to make the most of their winnable away games. Still, the lack of confidence within Moreirense could result in a tight match.

Moreirense and Famalicao have come up with a combined nine goals so far this season. Famalicao find themselves in the bottom two spots owing to an offence that has simply been unable to be clinical in front of goal. A return of just three goals for Famalicao coupled with Moreirense showing a lack of confidence at home could lead to under 2.5 goals.

The potential for goals at both ends is quite high in the match even if Famalicao have been unable to score in the last two outings against Moreirense. The visitors have scored in the last three matches – including against opponents like Porto and Sporting Lisbon. Moreirense have scored in all of their league matches so far – including against Benfica and Sporting Braga.

Moreirense vs Famalicao: Match Preview along with Team News

Moreirense were able to come up with a strong offensive display in the recent match against Belenenses, as they created many chances and also controlled possession. The recent matches involving Moreirense have produced a lot of goals at both ends. At an average of around three goals per match, there is little doubt that Moreirense fixtures are entertaining.

Famalicao might find themselves at the bottom of the table, but the point against Sporting Lisbon might act as an impetus for the team in forthcoming weeks. The team does not have any major injury worries coming into the game with only Heriberto Tavares unavailable.

Analysing the Stats for Moreirense vs Famalicao

FAQs on Moreirense vs Famalicao game 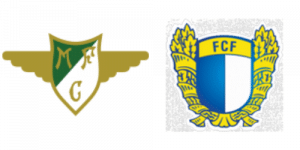