With Clausura in Mexico drawing to a close, the Monterrey vs Guadalajara duel will give us a few more answers on the final standings in the league. So, if you want to learn more about this match, read our detailed preview.

Our top free betting predictions and tips for Monterrey vs Guadalajara

The upcoming match between Monterrey and Guadalajara could see the home team strengthen their position, while the guests will be looking to improve on their poor standings. Here are our top betting tips for this game:

Monterrey and Guadalajara to Draw

Although Monterrey is in much better form and deservedly the favourites in this game, we believe that Guadalajara can put up a fight and get a draw in this game. Our prediction is based on recent head-to-head matches between these teams since Guadalajara has won two of their last five meetings, with two draws and just one Monterrey win. So, taking Monterrey’s better form into account and Guadalajara’s better h2h record, we feel that a draw is the most probable result.

It might seem counterintuitive to expect total goals to be under 2.5 while also expecting both teams to score, but two of the last five h2h matches between Monterrey and Guadalajara have ended 1-1. Furthermore, both teams have scored in four of their last five meetings, so it’s reasonable to expect the same in this game.

The two teams go into this game in different moods since Monterrey is on a good run, while Guadalajara is not having a good season in Mexican Clausura. So, let’s take a closer look at these two teams.

The team that finished 5th in Apertura is on course to improve on that performance in Clausura since they are currently 4th in the league with two games left until the end. The team is in good form, with four wins in their last eight games in the league. Monterrey can be happy with what they’ve shown so far, but there is still time to show even more. Jesus Gallardo is due to miss the upcoming match because of suspension.

After their solid performance in Apertura in which they finished 7th, Guadalajara is doing much worse in Clausura. With two games to go, the team is sitting in 16th place in the standings. However, they are not in such a poor form since they’ve lost two games of the last five, along with a win and two draws. Still, the fans have certainly expected more from Guadalajara in Clausura this season.

Top odds and useful stats for Monterrey vs Guadalajara

If you are looking for the best odds for Monterrey vs Guadalajara, you can check our selection of odds for this game: 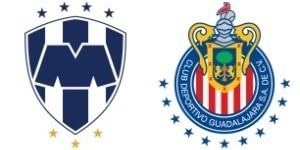