Monaco will be hoping to keep their title hopes alive when they welcome Metz to Stade Louis II on Saturday 3rd April, 2021. Who are we tipping to win this fixture? Find out in this match preview and analysis.

Our Top Free Predictions for Monaco vs. Metz

Check out our top free match predictions when Monaco hosts Metz on Saturday.

Odds are correct at the time of writing. Visit bookmaker for updated odds.

Monaco comes into this important fixture after an impressive 4-0 home victory against St. Etienne. In the league, Monaco has the best home record this season with 9 wins, 5 draws and 1 loss in 15 home fixtures so far. The hosts have also kept five clean sheets in their last six games. On the other hand, Metz have only kept one clean in the last five matches, which was in the Coupe de France game against Valenciennes. In the last ten fixtures between the two sides, Monaco has won 6 with a clean sheet. The hosts are a high-flying side right now and we back them to win with a clean sheet.

Kevin Volland and Wissam Ben Yedder are Monaco’s leading goal scorers with 13 goals each. Volland is currently placed third on the score sheet and will be hoping to score against Metz on Saturday. Kevin will keep his place alongside attacker Stevan Jovetic. With four goals in the last ten games, we are backing Kevin Volland to find the net after failing to do so in the previous two matches against St. Etienne and Lille OSC. Averagely, Volland scores in every two matches.

This fixture is more important to Monaco than it is to Metz. The hosts are currently fourth on the League 1 table with 59 points. A 4-point gap between Monaco and table toppers PSG and Lille is a blessing in disguise because PSG also hosts Lille on Saturday. While Monaco has conceded more goals (38) among the top four teams, and even against Metz (32), they have only conceded one goal in the last seven matches. Metz only have a clean sheet in seven matches. We envisage that Monaco will be too strong defensively for the visitors.

Monaco Vs. Metz Match Preview: Will Monaco Narrow the Gap in their Title Chase?

A four-point gap between Monaco and table leaders PSG and Lille means the title race is still open. Here is our view of each of the two teams before they meet on Saturday.

After nearly being relegated in 2018/19 season, only surviving the axe by two points, Monaco fought their way back and finished 9th in 2019/20. In 2020/21, they are fourth in the league, with only four points adrift the leaders. At this point, Monaco cannot afford to mess things up. They are one point behind third-placed Lyon, and a win against Metz on Saturday could get them into the Champions League qualification spot. Even more importantly, they are can narrow the gap in their chase for the League 1 title. An in-form Monaco will be a hard nut to crack for the inconsistent visitors.

Metz comes into this fixture with inconsistent performance and mixed results. They have failed to keep a clean sheet in the last eight league matches. They will face a team that has the best home record in the league. Metz are 17 points adrift top four, and safe from relegation. They have drawn five, lost four and won 6 on the road thus far. With little to play four, Metz looks pretty much comfortable in the League.

Here are some top betting stats across top bookmakers in the U.K for Monaco vs. Metz: Where can I watch the match on Saturday in the U.K?

Tune it to SPORT EXTRA 2 for live coverage of the match between Monaco and Metz.

Who are we backing to win this fixture?

We are backing Monaco to extend their impressive home record with a win.

Where will be the match played? 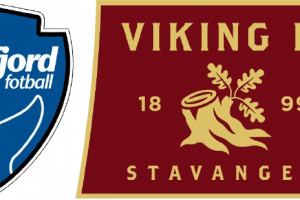