The fixture between Metz and Nimes is more of a survival quest. Find out more in our fixture preview for Metz vs Nimes.

We aim to provide our readers with bias-free, well-researched and free tips for every Ligue 1 fixture this season. Take advantage of our top three tips for Metz vs Nimes as follows:

Note: Odds for this game are correct on Betfred at the time of publishing this preview. Please visit the bookmaker for the latest odds.

Both teams have netted in four of their last five meetings. And coming into this fixture, Nimes has been unable to keep a clean sheet in all their last nine games. Thus, we expect the visitors to concede at least a goal. Metz has conceded in six of their last ten games. While that record looks better than that of Nimes, Metz defensive woes have been manifest in their last eight Ligue 1 games. The hosts have lost five of their last eight games with a two-goal average.

Metz may have little to fight for till the season ends but completing a double with six points is a big deal for the hosts. However, a woeful defence could be costly for the hosts. Nimes doesn’t seem to score a lot of goals though. A strong defensive display and lack of firepower at the front is why we feel Nimes will give this match a cautious approach. It would be costly in the end, especially to their survival chances but denying Metz three points would be better than losing the match.

Another good bet is backing Nimes to put one first behind Metz goalkeeper, Alexandre Oukidja. The reason we are backing Nimes to score first is simple. They will take this fixture seriously from the start because they need the win more than the hosts. Finding spaces between Metz shaky backline should not be a problem for the visitors on Sunday.

Nimes survival chances depend on whether they can pull a win on the road at Metz in this fixture or they go down to Ligue 2. While Metz is comfortable at 9th position, the hosts hope to complete the double with six points. Can Nimes get revenge on the road?

At position 9 on Ligue 1 table, Metz is only looking for six points from Nimes this season. Even more importantly, defeating Nimes on Sunday will complete a triple victory for Metz in the last three meetings with the Sunday opponents. Metz has lost more games (8) than they have won (5) at home this season. Moreover, the hosts have earned four draws on their home ground this season. Cumulatively, Metz has the 14th best home record with two home fixtures to play before the season ends.

Nimes has two missions coming into this fixture. Manager Pascal Plancque hopes to make it five wins, five draws and five losses after the 15th game in charge on Sunday. Denying Metz a second victory this season will equally be fulfilling as the visitors’ fight for survival. The visitors are second-last in Ligue 1 table, six points from safety with three games to go. Moreover, Nimes would be worried about its performance on the road at Stade Saint Symphorien having bagged only one victory at Metz since 2008.

Metz vs Nimes: the Best Odds on Top Bookies and the Latest Teams Stats

Punters looking for extra stats and the best odds should consider our handpicked bookies with the best prices below. 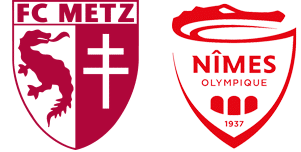 At what time will the game kick-off on Sunday?

Which Team won the reverse fixture?

Metz bagged a 1-0 victory in the reverse through Lamine’s Gueye 15th minute goal.

How have the two teams performed against each other in history?

There have been 13 encounters between the two teams since 2008. Metz has won four times while Nimes had bagged victory three times. The two teams have shared the spoils on six different occasions.