The last round in Group D of the Copa Sudamericana brings us a duel between Melgar and Metropolitanos, which would probably not affect the final standings. Still, we have prepared a detailed preview of this game for you:

Our top free betting predictions and tips for Melgar vs Metropolitanos

If you are struggling to decide what is the best bet for Melgar vs Metropolitanos, we can help you out with some of our favourite betting tips for this game:

Melgar to Win with Handicap (-1)

The Peruvian team has only a theoretical chance to reach the next stage, for which they need to win this game and hope for Athletico Paranaense to lose. In any case, Melgar will certainly try everything in their power and we expect them to get the win in this match, especially since Metropolitanos is the worst team in the group with four losses in five Copa Sudamericana games. So, our prediction is for Melgar to win this game by at least two goals.

We have seen five goals in the first duel between Melgar and Metropolitanos, which ended in a 3-2 Melgar win. With that in mind, we expect to see something similar in this game as well, so our prediction is over 2.5 total goals. After all, Metropolitanos has gone over 2.5 total goals in three of their five matches in the group, while Melgar has done the same in two of their five Copa Sudamericana matches.

As we already mentioned, the first match between these teams ended in a 3-2 Melgar win, so both teams have scored twice in that game. Since we expect to see some goals in this game as well, we also think that betting on both teams to score is a smart move. Both teams have scored in three of the last five Melgar games in all competitions, while the same is true for five of the last five Metropolitanos matches.

Melgar vs Metropolitanos preview: A slim chance of progression for Melgar

The home team still has a tiny chance of topping the group and progressing, while the guests are out of the picture for a while now. So, let’s take a closer look at both teams:

The Peruvian team has been playing well in the Copa Sudamericana with nine points from the first five games, but Athletico Paranaense is still ahead of them with 12 points. So, Melgar needs to beat Metropolitanos and hope for Athletico to slip up against Aucas. Melgar does have the easier job on paper but they’ve just finished the Peruvian Apertura in the last place in their group after taking just nine points from nine matches.

The team from Venezuela didn’t have a good time in the Copa Sudamericana this season after managing to win just once while losing the other four games in the process. So, Metropolitanos has been written off for a while now and the team will soon be able to focus solely on their domestic championship, which they’ve started with two wins and two losses.

Top odds and useful stats for Melgar vs Metropolitanos

You don’t have to spend a lot of time looking for the best odds for Melgar vs Metropolitano – just check our selection of odds from numerous UK bookies: 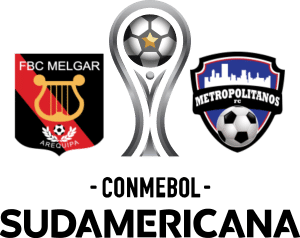