This is a preview that focuses on the third round of the EFL Cup game at Old Trafford between Manchester United and West Ham. This match will be a repeat of the weekend meeting between these two clubs.

Manchester United gained a psychological edge of the third round the EFL Cup game against West Ham after managing a 2-1 away victory against this opponent on Sunday. The game witnessed incredible drama with West Ham failing to convert an injury-time penalty.

Manchester United to win the game

Manchester United are aiming for a fourth victory in the last five matches. They have also been able to register four consecutive wins against West Ham, whose confidence will have taken a huge beating following the manner of the defeat during the weekend. United might rest key players like Cristiano Ronaldo, but the presence of the Portuguese has already had a major influence on the squad. The lift available within United should see them through.

The occurrence of high-scoring matches has been very rare when West Ham are up against Manchester United. If Mark Noble had converted the penalty during the weekend, this will be the second match in the last six meetings between these two clubs to feature seven goals or more.

United and West Ham are both culpable of making many defensive mistakes. This was evident during the weekend game. There is a potential for both teams to make substantial changes to the starting line-up. Even then, the mistakes are likely to disappear.

Manchester United vs West Ham: A repeat of the weekend’s result?

Manchester United are one of the most successful teams in the EFL Cup after having lifted the title on five occasions and finished as the runner-up on a further four occasions. United are aiming to win the first EFL Cup title since 2016-17 season. In a bid to provide fringe players with some game time, Ole Gunnar Solskjaer will undergo huge rotation. Marcus Rashford and Phil Jones will not be available, while Edinson Cavani is doubtful for the game.

The Hammers might be in a mixed after failing to get anything out of the game against Manchester United despite playing so well. The return of Michail Antonio is a huge bonus for the team who will definitely be without Winston Reid for this game. 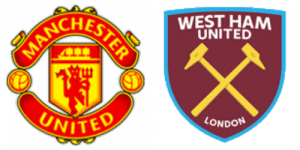 Where is the match going to take place? Old Trafford

Who is the favourite team to win the game? Manchester United