This preview looks at Malta’s attempts to pick up the first win in the group H of the World Cup qualifying campaign. They go up against Cyprus for the first time since 2003.

Malta continued to remain in trouble after a 2-1 home defeat against Kosovo. This was the third successive defeat for the team. Cyprus were beaten 4-0 by Ukraine in a friendly match during the weekend.

This is a match between two teams who have been very vulnerable in different areas of the pitch. Malta are without a victory since beating Andorra back in November, while Cyprus have been unable to get an away victory since beating Kazakhstan back in October 2019. Such poor form is unlikely to result in a victory for the two teams, who have made a poor start to the group stages as expected. Cyprus have been able to get a victory while Malta are yet to achieve this feat.

The recent meetings between these two national teams took place back in 2003. In recent in contrast, they have been very poor going forward. Cyprus have been able to get a victory despite scoring just one goal in their three group matches. Malta are slightly better on this front but they have been defensively shoddy with eight goals conceded already.

The two outfits are likely to struggle going forward and Malta will be quite pleased to know this fact considering that they have been very exposed by opposition attack in recent matches. Malta will be happy that this is a Cyprus team with just one goal in the group stages so far.

Malta are hoping to pick up a first victory against Cyprus and this will also provide the team with a huge psychological boost in the group H. After managing only a point from the opening three games, this is one of the best opportunities for Malta to pick up the first win of the World Cup qualifying stages.

The win over Slovenia came under surprising circumstances for Cyprus, who have put themselves in an excellent position to be able to avoid the bottom spot in the group stages. The win came at a crucial time considering that Cyprus are up against the likes of Russia and Slovakia once the game against Malta concludes.

Analysing the Stats for Malta vs Cyprus

FAQs on Malta vs Cyprus game 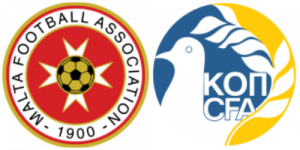 Where is the match going to take place? Ta’Qali National Stadium

Who is the favourite team to win the game? Malta